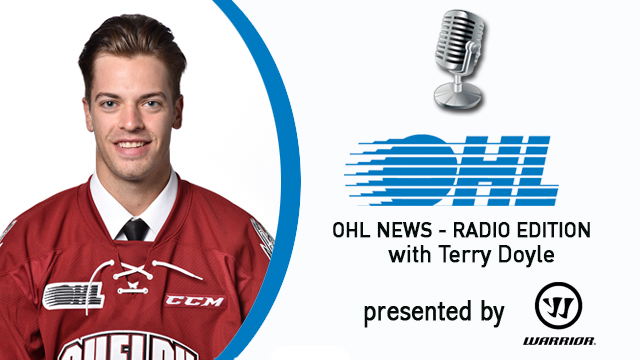 OHL News – Radio Edition with host Terry Doyle and presented by Warrior Hockey returns for the 2016-17 regular season bringing fans insight from feature guests as well as news and notes from around the league each and every week over the airwaves.

The 19-year-old defenceman from Kincardine, ON, was chosen by the Storm in the first round of the 2013 OHL Priority Selection.  So far this season he has 31 points in 52 games.

McFadden chats with Doyle about being a veteran presence among a young rebuilding Storm squad and reminisces about his first year in the league and being part of a championship team.  He also talks about his inspiration for McFadden’s Movement, dealing with the pressure of playing competitive sport, and the league’s partnership with CMHA Ontario and the Talk Today program.