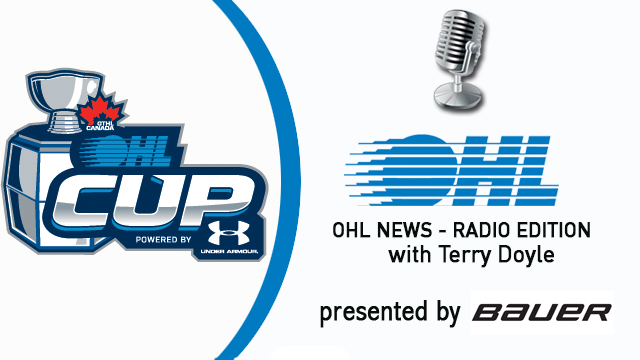 OHL News – Radio Edition with host Terry Doyle and presented by Bauer continues for the 2017-18 regular season bringing fans insight from feature guests as well as news and notes from around the league each and every week over the airwaves.

This week’s segment features Darrell Woodley, Director of OHL Central Scouting, providing a preview of next week’s OHL Cup Showcase Tournament powered by Under Armour and hosted by the Greater Toronto Hockey League.

Taking place March 13-17 at Toronto’s Scotiabank Pond before shifting to the Mattamy Athletic Centre on Monday March 19 for the championship final, the 2018 OHL Cup powered by Under Armour features 20 teams loaded with talent eligible for the 2018 OHL Priority Selection competing for minor midget supremacy in the annual year-end tournament.

Woodley chats with Doyle about how special this event can be for minor hockey players, what it means from a scouting perspective, and shares his insight for teams to watch.