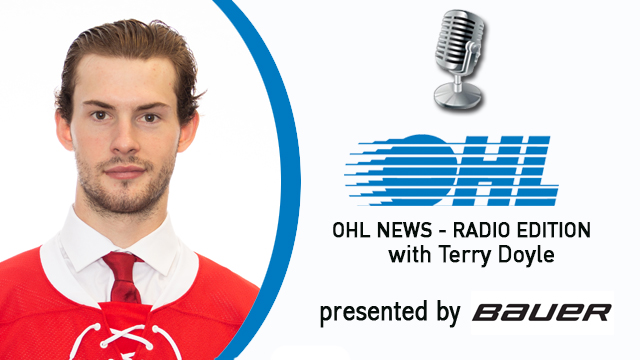 This week’s segment features veteran Austen Keating of the first place Ottawa 67’s who had the opportunity to represent the OHL in Game 4 of the 2018 CIBC Canada Russia Series in Oshawa.

The 19-year-old Guelph native is currently tied for fifth in league scoring with 34 points in 22 games including nine goals and 25 assists.  He’s in the midst of his fourth season in the nation’s capital after being chosen in the first round of the 2015 OHL Priority Selection.  Keating and the 67’s are set to embark on a northern road trip with games in Sudbury, Sault Ste. Marie, and North Bay.

Keating chats with Doyle about his experience on the national stage, the success the 67’s have had through the quarter mark of the season, how he’s developed into one of the team’s leaders, his early career influences, and how the club approaches a tough weekend trip up north.

OHL Mourns the Loss of Bob Nevin
14 hours ago