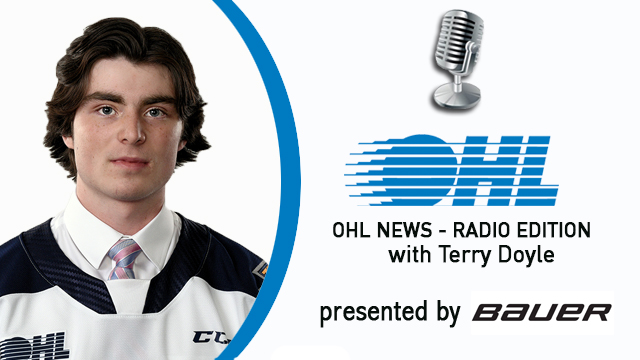 This week’s edition recaps the 2019 CIBC Canada Russia Series that saw Team OHL take four of a possible six points with games in Kitchener and London.

Team OHL defenceman and 2020 NHL Draft prospect Jamie Drysdale of the Erie Otters joins Doyle to discuss what the experience was like. The sophomore rearguard also provides an overview of Erie’s season thus far and how the Otters seem to be on the same page through 20 games of the 2019-20 campaign. Drysdale also touches on recent international experiences including representing Canada as an underage player at the IIHF World Under-18 Hockey Championship in addition to wearing the ‘C’ at this past summer’s Hlinka Gretzky Cup.