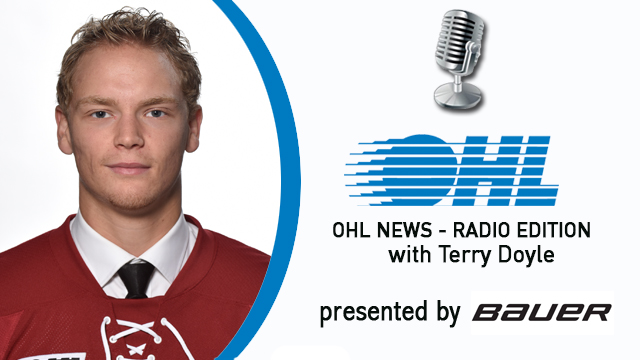 This week’s segment features Arizona Coyotes prospect Nate Schnarr of the Guelph Storm who enters weekend play with 32 points in 22 games including 14 goals and 18 assists.

The 19-year-old from Waterloo, Ont., has been climbing up the scoring charts in his fourth OHL season currently tied for 16th overall but tied for fourth with seven power play goals for the Storm who hold the league’s second best efficiency with the man advantage.  Guelph is also battling for top spot in the Midwest Division just six points back of London and one point ahead of Owen Sound.  Schnarr was originally a third round pick by the Storm in the 2015 OHL Priority Selection then chosen by the Coyotes in the third round of the 2017 NHL Draft.

Schnarr chats with Doyle about the Storm’s play, areas for improvement, battling in the competitive Midwest Division, the rivalry with the Kitchener Rangers after growing up in nearby Waterloo, and his experience with the Coyotes.