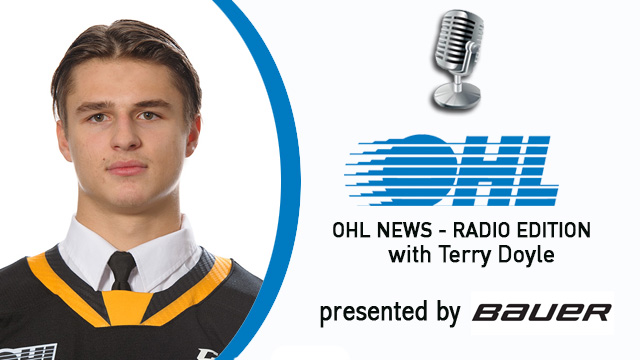 This week’s segment takes a look at Team OHL’s 4-1 victory in Game 3 of the CIBC Canada Russia Series on Thursday night in Kitchener while also looking ahead to Monday’s Game 4 to be held in London.

Sudbury Wolves forward and Team OHL Player of the Game from Thursday Quinton Byfield shares his post-game thoughts following the win while Ty Dellandrea of the Flint Firebirds also reflects on the game.

Doyle welcomes Sarnia Sting forward Jamieson Rees onto the show. The Carolina Hurricanes prospect will suit up for Team OHL in London on Monday and shares his excitement about the opportunity. Rees also breaks down Sarnia’s impressive turnaround from an 0-7 start to the season, giving credit to linemates Sean Josling and Ryan Roth for the big line’s consistent production of late.