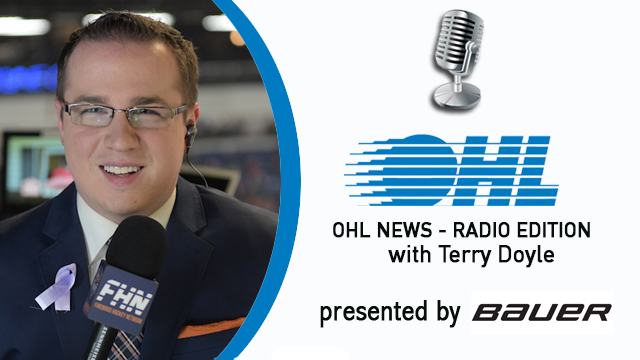 This week’s segment features Flint Firebirds Director of Broadcasting & Communications Dominic Hennig, play-by-play voice of the club throughout its time in the Ontario Hockey League.

Doyle and Hennig discuss Flint’s best start in the club’s five-year history, earning them an honourable mention in the latest edition of the Kia CHL Top 10 Rankings. Further dialogue covers the Firebirds’ high level of confidence in the young season thus far, attributing some of that to head coach Eric Wellwood who has embarked on his first full season with the club. The exciting additions of recent OHL Champions in Anthony Popovich and Owen Lalonde from the Guelph Storm is also discussed.