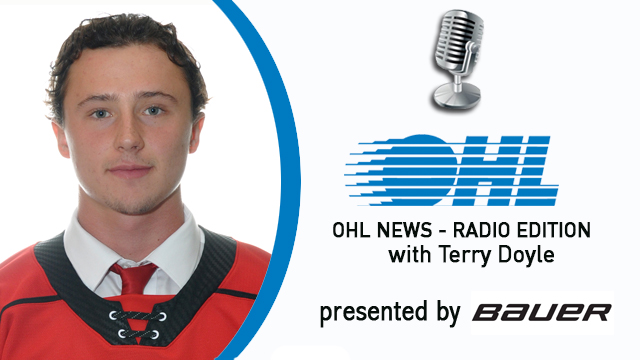 This week’s segment features Owen Sound Attack captain Aidan Dudas, a fourth round pick of the Los Angeles Kings in the fourth round of the 2018 NHL Draft. Dudas leads the CHL’s eighth-ranked Attack offensively with 21 points (6-15–21) through 13 games this season. The former 10th overall OHL Priority Selection choice comes off back-to-back three-point contests as the Attack enter the weekend preparing to face the Kitchener Rangers and Sarnia Sting.

Doyle and Dudas discuss Owen Sound’s successful start to the season despite considerable roster turnover from where they were last season at this time. Dudas commends goaltender Mack Guzda and a big, physical Attack defence corps for providing the team with stability through the first weeks of the season. The two also delved into Dudas’ recent appointment as Team OHL captain for the upcoming 2019 CIBC Canada Russia Series set to hit the ice in Kitchener and London on November 7 and 11.