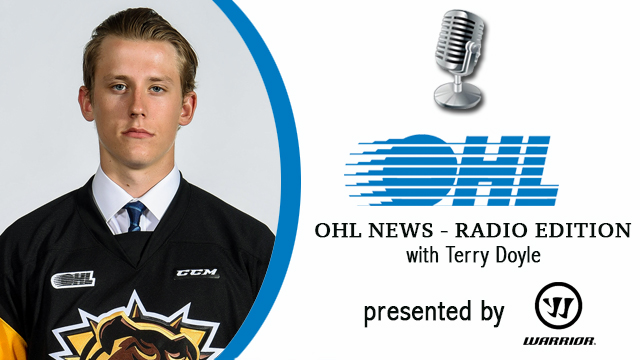 OHL News – Radio Edition with host Terry Doyle and presented by Warrior returns for the 2016-17 regular season bringing fans insight from feature guests as well as news and notes from around the league each and every week over the airwaves.

A 19-year-old from Oakville, ON, Luff scored four goals and two assists for six points in two games for the Bulldogs recording a plus-minus rating of plus-7.  Last season he set career-highs in all offensive categories with 27 goals and 30 assists for 57 points in 61 games which led the Bulldogs in scoring.  He also recently signed an entry-level contract with the Kings after attending training camp as a Free Agent invite.