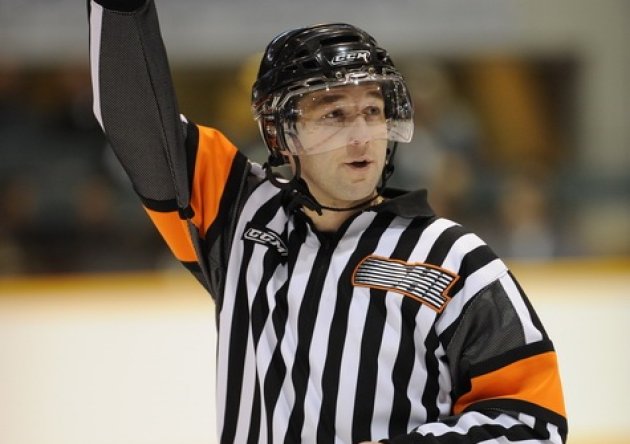 Toronto, ON – The Ontario Hockey League is pleased to announce that eight-year OHL officiating veteran Darcy Burchell has been hired by the National Hockey League for the 2011-12 season.

Burchell, a native of Hamilton, ON, served all eight of his OHL seasons as a referee.  Certified in Level VI through Hockey Canada’s Officiating Program, he worked in three Rogers OHL Championship Series’ including 2010 before representing the OHL at the MasterCard Memorial Cup in Brandon, MB.  This past season, Burchell also represented the league at the 2011 IIHF World Championship in Slovakia where he was assigned the Gold Medal Final.

“On behalf of the Ontario Hockey League I would like to congratulate Darcy and thank him for his contributions to the league over the past eight seasons,” said OHL Director of Officiating Conrad Hache.  “Just as players in our league strive to compete at the highest level and ultimately reach the NHL, our officials have similar goals and we are proud to contribute to their development.”

The OHL’s annual Officiating Development Camp takes place next week August 25-27 at Durham College in Oshawa, ON, with a total of 90 participants including an invited 16 prospective officials .