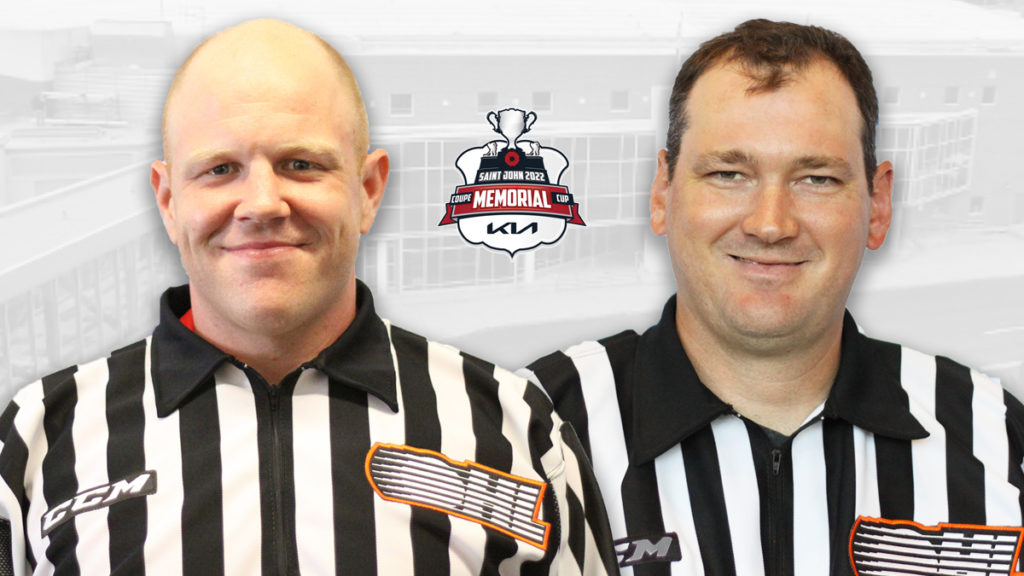 Four referees and five linesmen have been assigned to the championship, including Ontario Hockey League officials Mike Hamilton and Dustin McCrank.

Having completed his 10th OHL season and sixth as a referee, Barrie, Ont. native Mike Hamilton is working his second Memorial Cup tournament after doing so as a linesman at the 2014 event in London.

McCrank is working his third Memorial Cup after previously doing so in 2014 in London and 2017 in Windsor. The Guelph, Ont. native recently completed his 13th OHL season and also officiated men’s hockey at the 2022 Olympic Winter Games in Beijing, China.

The 2022 Memorial Cup presented by Kia begins Monday between the OHL champion Hamilton Bulldogs and host Saint John Sea Dogs in the first of the six-day round robin prior to the Semi-Final set for June 27 and the Championship Final for June 29.