OHL ‘On the Run’ Player of the Week: Akil Thomas 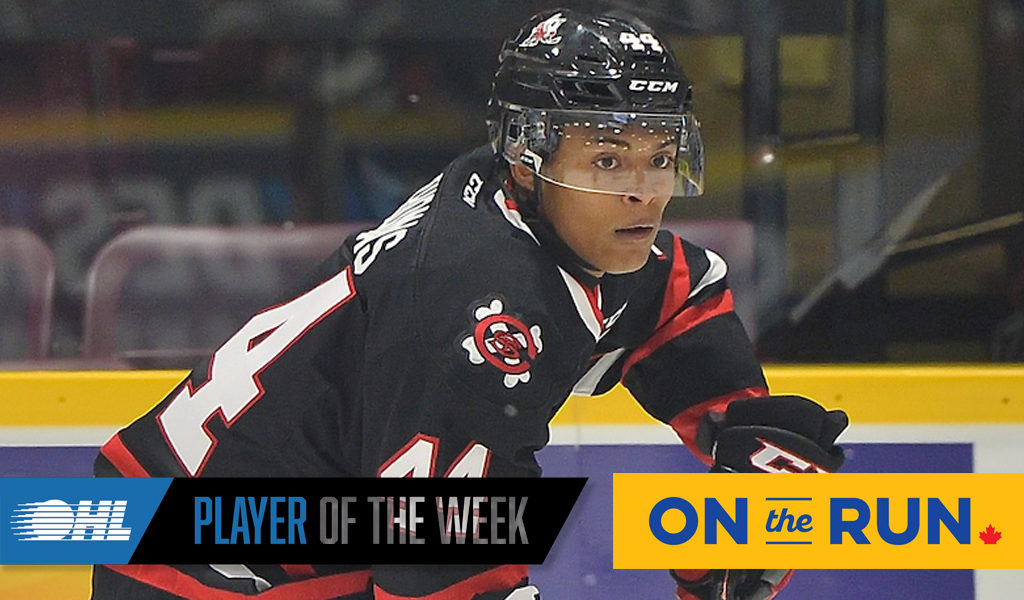 Toronto, ON – The Ontario Hockey League today announced that Los Angeles Kings prospect Akil Thomas of the Niagara IceDogs is the OHL ‘On the Run’ Player of the Week for the opening week ending September 23 scoring a goal with four assists for five points along with a plus-minus rating of plus-3 recorded in just one game played.

Thomas and the IceDogs waited until Sunday afternoon for their highly anticipated #OHLOpeningWeek debut after being appointed the Canadian Hockey League’s fifth ranked team in pre-season.  They made the most of the outing picking up an 8-6 road win over the Mississauga Steelheads with the third year centre earning first star honours with a consistent presence from start to finish against their Central Division rivals.  Three of his four helpers contributed to the club’s first three goals including two finishes by the recently acquired Ivan Lodnia, while his lone goal provided insurance in the victory.  The five points by Thomas matches a career-high dating back to his rookie season where he also scored a goal and four assists on March 12, 2017, against the North Bay Battalion.

An 18-year-old born in Brandon, Florida, Thomas joined the IceDogs as the club’s first round pick in the 2016 OHL Priority Selection.  His totals to date include 134 points in 130 career games with an appropriate 44 goals to match his sweater.  Last season his 22 goals surpassed his rookie total by one and he finished second in team scoring with 81 points playing a full 68 games.  The alternate captain was selected by the Kings in the second round of the 2018 NHL Draft and recently returned from his first pro camp.

Watch video highlights of Thomas and the IceDogs against the Steelheads.

Also considered for the award this week was Colorado Avalanche prospect Brandon Saigeon of the defending champion Hamilton Bulldogs who scored twice with five assists for seven points in two games, and Peterborough Petes overage forward Christopher Paquette who scored four goals with one assist for five points in a pair of opening week wins.  In goal, Hunter Jones backstopped the Petes in both of their wins picking up his first career shutout in the process while amassing a goals-against-average of 1.50 and save percentage of .962 from an overall #OHLOpeningWeek high of 75 saves.