OHL ‘On the Run’ Player of the Week: Jonathan Ang 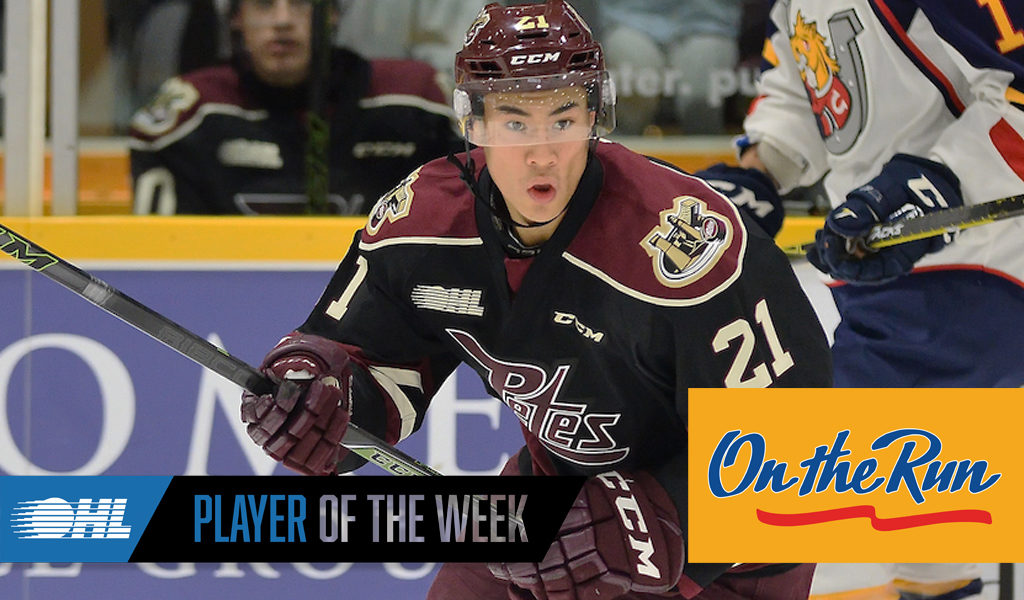 Toronto, ON – The Ontario Hockey League today announced that Florida Panthers prospect Jonathan Ang of the Peterborough Petes is the OHL ‘On the Run’ Player of the Week for the week ending October 1 scoring three goals and four assists for seven points in three games with a plus-minus rating of plus-1.

Ang’s seven points led the league during the second week of 2017-18 regular season play and featured a pair of three-point performances that helped the Petes earn a pair of victories.  On Thursday night he scored a goal and two assists and was named second star of a 5-2 win over East Division rivals the Oshawa Generals.  On Saturday Ang scored the lone goal for the Petes in a 5-1 road loss at Niagara, but rebounded on Sunday in the second of a home-and-home set beginning October with another goal and two assists as second star of an 8-4 win against the IceDogs.

A 19-year-old from Markham, Ont., Ang is playing in his fourth OHL season with the Petes who chose him ninth overall in the 2014 OHL Priority Selection.  The speedy forward has now played in 198 games during his OHL tenure tallying 135 points including a career-high 59 with 27 goals and 32 assists in 67 games last season.  The fourth round pick of the Panthers in the 2016 NHL Draft was among 20 OHL players who attended Canada’s World Junior Summer Showcase in Plymouth.

Also considered for the award this week was St. Louis Blues prospect Alexey Toropchenko of the Guelph Storm who earned first star honours twice in a pair of victories recording three goals and three assists, and 2018 NHL Draft prospect Akil Thomas of the Niagara IceDogs who picked up four goals and two assists for six points over three games.  In goal, Kaden Fulcher of the Hamilton Bulldogs posted a 2-0-0-1 record including a shutout victory with 82 saves for a goals-against-average of 1.26 and save percentage of .953.