OHL ‘On the Run’ Player of the Week: Joseph Garreffa 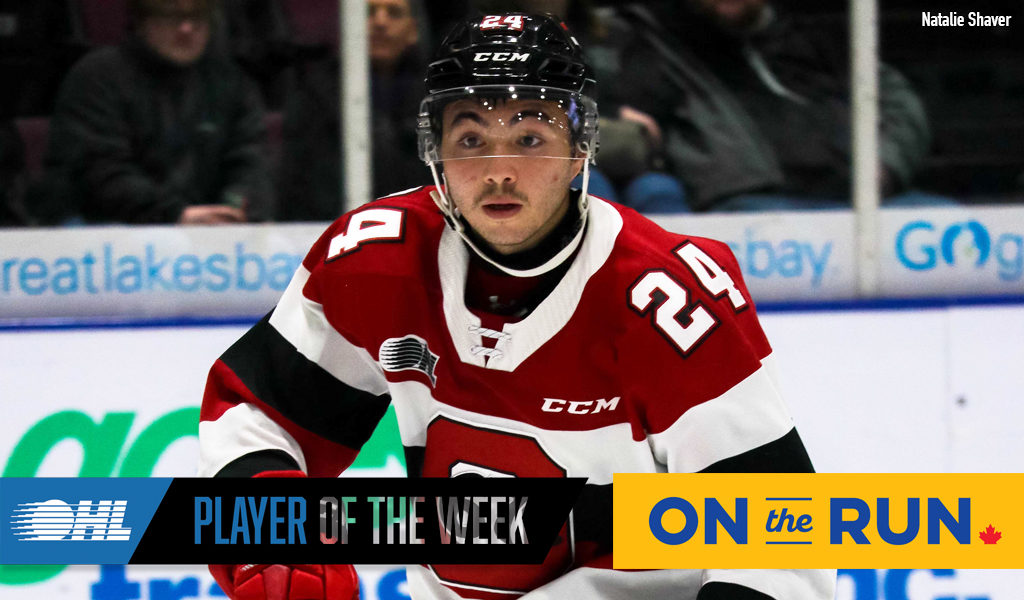 Toronto, Ont. – The Ontario Hockey League today announced that overage forward Joseph Garreffa of the Ottawa 67’s is the OHL ‘On the Run’ Player of the Week of games spanning December 18-29 with a goal, nine assists and 10 points over three contests.

Garreffa continued a current 15-game point streak, helping the 67’s stretch their winning streak to 13 and claim first place in the OHL standings. The 5-foot-7, 176Ib. winger racked up three assists in a 5-4 overtime win in Oshawa on Dec. 20th. He returned from the break to score his 18th goal of the season and tack on two assists in a 7-2 win in Kingston Dec. 28th, earning third star honours. Garreffa recorded his sixth multi-point performance in seven games on Sunday, collecting four assists for second star recognition in a 6-1 win over visiting Peterborough. It was Garreffa’s fourth four-point effort of the season.

A 20-year-old from Toronto, Ont., Garreffa has 46 points (18-28–46) over 22 games in his fifth OHL season. He joined the 67’s in mid-October following four seasons with the Kitchener Rangers who drafted him in the third round of the 2015 OHL Priority Selection. The versatile forward has amassed 271 points (90-181–271) over 267 career regular season games. Garreffa attended rookie camp with the Los Angeles Kings in September. This marks the third time in his career that Garreffa has received OHL Player of the Week recognition.

2019-20 Recaps
Wednesday Highlights: Overtime winners all around
46 mins ago