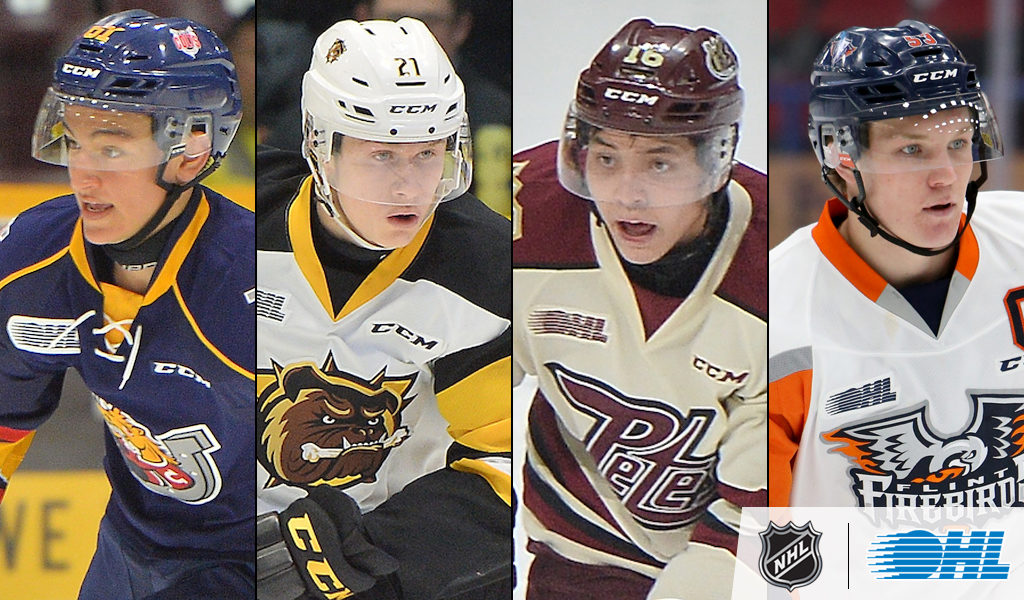 A total of 141 OHL players attended Rookie Camps across the NHL this past week. Here’s a look at some of the top performers from prospects tournaments held across North America.

Both players finished tied for sixth in tournament scoring as Robertson recorded four goals and an assist over three games while Dellandrea picked up two goals and three assists over four.

Mississauga Steelheads defenceman Thomas Harley (Dallas) was among the event’s top blueliners with three assists to his credit while Sarnia Sting newcomer Eric Hjorth (Columbus) scored twice from the back end.

The host Red Wings finished on top of the standings with a 3-0-1 record while the New York Rangers placed second at 3-1-0.

The Buffalo Sabres and Pittsburgh Penguins each won a pair of games to lead the way.

Ottawa’s Sasha Chmelevski helped guide the San Jose Sharks to an event-leading 3-0 record, scoring a pair of goals in the process.

Barrie Colts centreman Ryan Suzuki (Carolina) was among the stars of the NHL Prospects Showcase in Nashville, scoring three times and recording a five-point game with a goal and four assists in a 7-4 win over Tampa Bay.

A few former OHLers contributed for the Tampa Bay Lightning throughout the course of the event, with Soo Greyhounds grad Boris Katchouk recording two goals and an assist in a 7-2 win over Washington on Tuesday while former Hounds teammate Taylor Raddysh (2-2–4) and Peterborough Petes alumnus Matt Spencer (0-4–4) also finished among the Bolts’ statistical leaders.

The Washington Capitals finished with a 1-1-1 record as London’s Connor McMichael finished with a goal and two assists over the last two games. Ottawa 67’s winger Kody Clark also found the back of the net.

The Ottawa Senators played to a perfect 3-0 record, with newly added London Knights forward Jonathan Gruden scoring the overtime winner in a 2-1 overtime victory over the Winnipeg Jets to seal the deal. Gruden joined other OHL products in London’s Alex Formenton and Kitchener Rangers grad Logan Brown in stepping up offensively for the Sens.

The Montreal Canadiens lost a pair of games in Belleville but free agent invite Liam Hawel of the Guelph Storm was a bright spot, scoring a goal to earn an invitation to main camp. After departing Bellville, the Habs defeated the Quebec University All-Stars by a score of 7-3 on Tuesday as Guelph’s Cam Hillis and Oshawa’s Allan McShane both scored goals in the win.