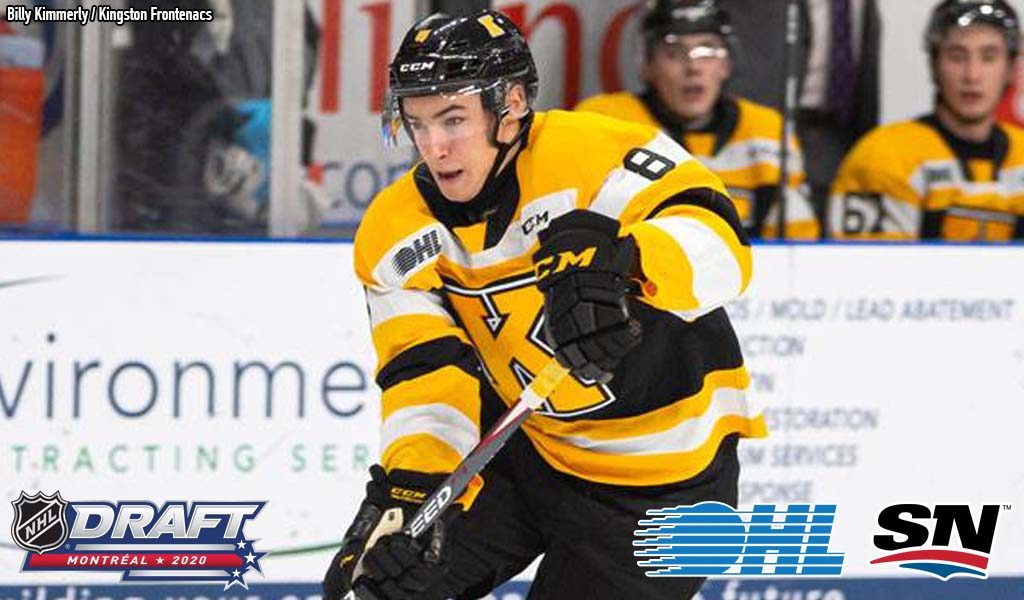 Sportsnet’s Sam Cosentino has unveiled his 2020 NHL Draft Prospect Rankings for February with seven OHL players on the list.

Perfetti and Perreault both reached the 30-goal mark this past weekend while Marco Rossi, who is fifth on the list, leads the OHL in scoring by a six-point margin entering Tuesday’s action, boasting 94 points (30-64–94) over 43 games. Quinn, who is Rossi’s teammate in Ottawa, leads the OHL with 44 goals.

Chromiak was the lone addition to the list. The Slovakian winger was the second overall pick of the 2019 CHL Import Draft before joining the Frontenacs to start the second half. He’s hopped onto a line with 16-year-old star Shane Wright and posted 22 points (9-13–22) over 16 games as the Frontenacs are right back in the discussion for an OHL Playoff spot.

For the full list and player analysis, visit sportsnet.ca.