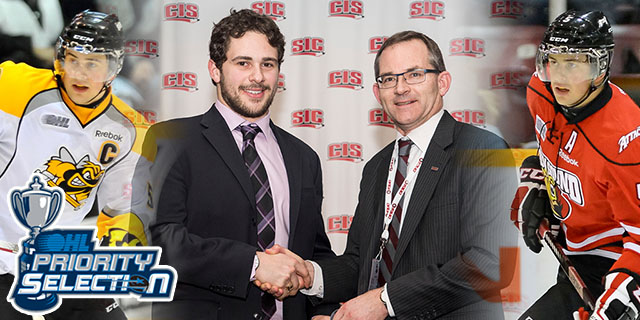 The Toronto Marlboros defenceman had the skating ability, mobility and intelligence to merit second round consideration in the 2008 OHL Priority Selection, but the Maple, ON, native carried a certain risk with him, causing his stock to plummet to the point where he was selected in the fifth round, 100th overall by the Sarnia Sting.

“I honestly didn’t know what I wanted to do,” said Chiarlitti, now 24-years-old. “I was just a kid who had good grades and had some really big decisions to make. There was interest from a few schools south of the border and in the lead-up to the draft I just wasn’t settled on what direction I wanted to take my career.”

Sarnia’s 100th overall gamble turned into one of the best value picks of the entire Priority Selection as Chiarlitti went on to play 245 games in a Sting uniform as part of a five-year OHL career.

“Coming to the OHL was one-hundred percent the right decision for me,” he continued. “I took some time to weigh the options with my parents and my advisor and I was very fortunate to enter into a great situation in Sarnia where I was able to play regularly and develop throughout my rookie season.”

Chiarlitti would become one of the most underrated, dependable two-way blueliners in the OHL from 2008-13, accomplishing the considerable feat of suiting up in over 300 career regular season games between Sarnia and Owen Sound.

Looking back on draft day now, he says he wouldn’t change a thing.

“My uncertainty was genuine and there’s nothing wrong with wanting to make an informed decision. Sure, I was disappointed when I fell to the fifth round,” he said, “but the thing you realize more and more as you grow in the game is that it’s really just a number. You could be a second round guy, a fourth, heck, a 10th round pick, but if you perform and show the coaches what they want to see, you’ll turn heads even if you go undrafted.”

Utilizing his OHL Scholarship Package and competing as a CIS student athlete, Chiarlitti helped lead the StFX X-Men to their first AUS Conference Championship since 2004 this past month.  In the fall he plans to continue his educational pursuits at McGill University where he will aim for his Masters in Physical Education and Kinesiology with the end-goal of becoming a doctor.

The rangy blueliner has always strived for excellence in the classroom.

“I remember always being asked if I was going to the OHL or if I wanted to go the ‘school route.’ Being through a five-year OHL career, I kind of see that as a false dichotomy,” he said. “Team academic advisors and teachers during my time in the league were always more than happy to help me with anything I needed. With the emphasis the OHL places on education and the school packages available to graduates, I was provided with a solid foundation to get to where I am today.”

In addition to his on-ice success and professional ambitions, Chiarlitti has also cultivated a reputation as an outstanding citizen. The third-year StFX blueliner was awarded the Dr. Randy Gregg Award last month, presented annually to the CIS hockey player who exhibits outstanding achievement in hockey, academics and community involvement.

Chiarlitti was plugged in to the Antigonish, Nova Scotia community this past season, earning the Leader of Distinction award handed out by the StFX Leadership Academy. He volunteered his time as a coach in the Antigonish Minor Hockey Mentorship Program while also founding and maintaining the Hockey Program of X-Cellence, a peer tutoring program for both the X-Men and X-Women varsity teams. He also volunteered much of his time with the StFX human kinetics community service learning program as well as Fit 4 Life and Fit 4 Tots while  also participating in StFX’s Best Buddies program among several other endeavors.

“I don’t spend my time volunteering because I want the recognition,” Chiarlitti said of his long list of community service activities. “I do it because I genuinely appreciate Antigonish and am thankful that I can be a part of it. StFX is one of the smaller schools in our part of the country with about 5,000 students, so everyone gets to know each other.”

The seed of Chiarlitti’s enjoyment of community service was planted during his days in Sarnia.

“I really enjoyed my time in both Sarnia and Owen Sound, two of the league’s smaller communities. I remember the first few times in Sarnia when we did school visits and seeing the look on the kids faces. It really showed me what an impact my presence as an athlete has on the community and how much good we can do as players away from the rink.”

Chiarlitti says that the OHL presents unique community service opportunities to players, ones that would be hard to come by had he gone another direction.

“The community involvement aspect of the OHL is unparalleled in other levels of hockey. Had I gone and played at a school or played Tier II in the GTA, I don’t think I would have had those same engaging experiences. I really learned the importance of being a role model and discovered just how much we as players mean to the surrounding community.”

Chiarlitti plans to spend some time in Europe this summer before hitting the books in September. Though career goals are always on his mind, his pro hockey aspirations continue to drive his on-ice performance.

His three goals, 12 assists and 15 points in 28 games saw him named an AUS second team all-star for the second straight season.

“Every kid dreams of playing in the NHL, and even though that might be a little out of my reach at this point, playing pro hockey would be something that I’d love to explore given the opportunity,” he said. “I feel like I’ve steadily improved over the course of my career here with StFX. After finishing up my studies I’d be open to seeing what’s out there.”

A well-rounded student-athlete, Nathan Chiarlitti translated his draft day uncertainty into a solid OHL career, one that equipped him to succeed as an athlete and citizen on and off the ice at St. Francis Xavier University. 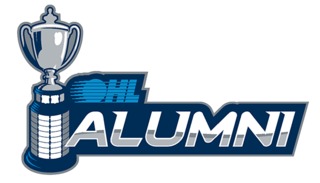 The Ontario Hockey League is looking for former players to register with the new OHL Alumni Association.  If you are an alumnus and would like to find out more information please contact Adam Dennis and add your name to our growing database.