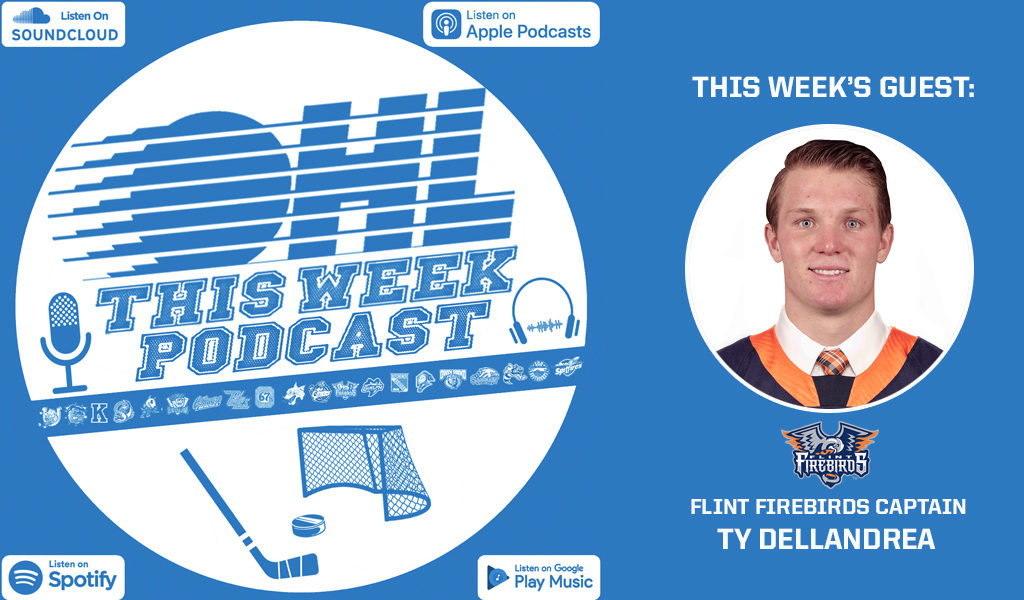 Captain Ty Dellandrea and his Flint Firebirds are riding a franchise record 10-game winning streak entering a Family Day long weekend of OHL action. The Dallas Stars first round pick joins the show and discusses his World Junior gold in the Czech Republic, hometown connections in the Flint dressing room and the immense success the franchise has enjoyed of late.

Sarah Jean Maher takes us ‘Beyond the Boards’ and chats with Los Angeles Kings prospect Akil Thomas of the Peterborough Petes as he visited the NHL’s Black Hockey History Tour in Scarborough this past weekend. Thomas discusses his World Junior heroics, the transition into the Petes’ lineup and the importance of representation as a black player during Black History Month celebrations.

We end the show with a couple new segments including a look into ‘The Vault’ as we revisit memories from a team recently voted the CHL’s ‘Team of the Century’ in the 2005 London Knights. We also get into some OHL This Week Trivia. Be the first to answer correctly and you’ll received some free OHL swag!

This episode can be accessed on Soundcloud and is also available on a host of other platforms including:

2019-20 Recaps
Saturday Highlights: Ingham the answer against Firebirds
16 hours ago