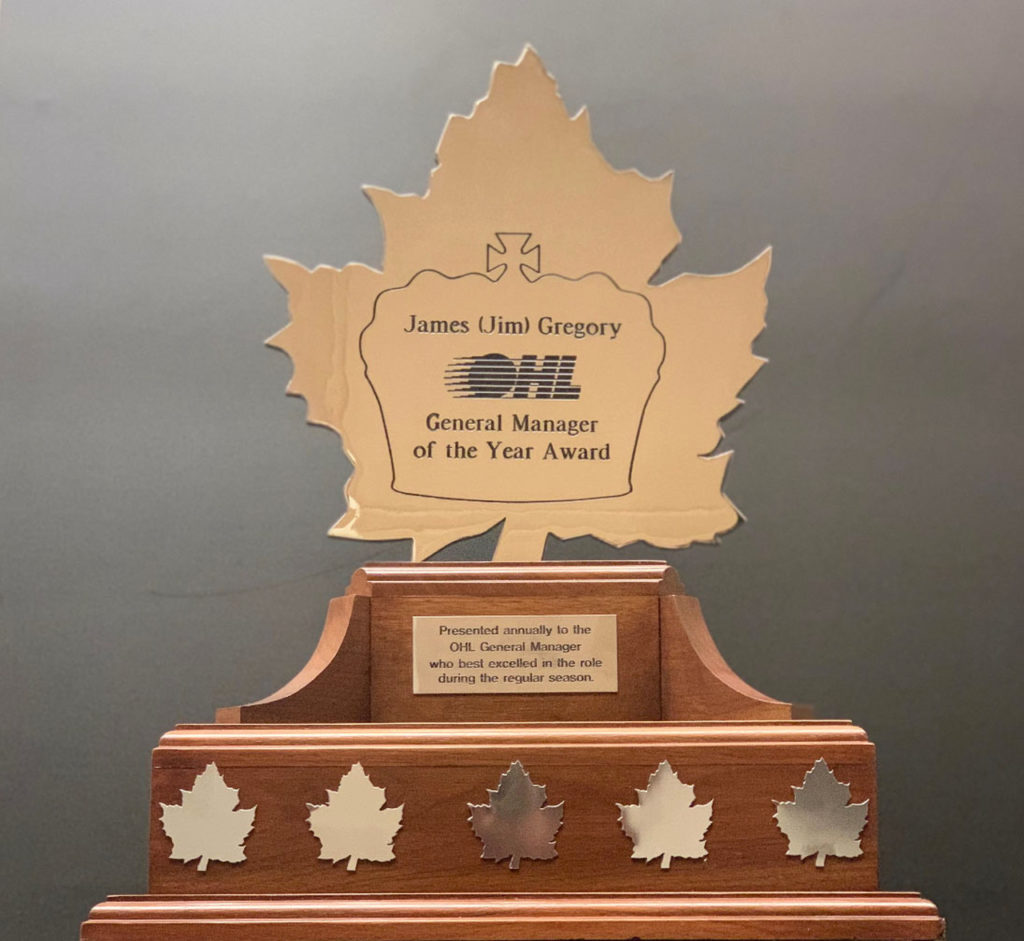 Announced last August, the Jim Gregory General Manager of the Year Award is presented annually to the general manager who best excelled in his role during the regular season. The inaugural recipient of the trophy is Ottawa 67’s general manager James Boyd who oversaw his team’s second consecutive Hamilton Spectator Trophy, equalling their franchise record-tying mark of 50 wins for the second year in a row.

The trophy is presented by the League in honour of one of the game’s great builders in former long-time NHL executive Jim Gregory who passed away this past October at the age of 83.

A good friend of the Ontario Hockey League and countless people across the hockey world, Gregory was a Hockey Hall of Fame inductee who made significant contributions to the game throughout his lengthy career. Gregory got his managerial start by guiding St. Michael’s College School and the Toronto Marlboros to great success, winning a total of three Memorial Cup titles before becoming general manager of the Toronto Maple Leafs from 1969-79. He then transitioned into an executive role with the National Hockey League, one that spanned the course of four decades as he most recently served as the NHL’s Sr. Vice President of Hockey Operations.

The trophy features a large maple leaf and crown insignia emblematic of Gregory’s coaching and managerial contributions to the 1964 and 1967 Memorial Cup champion Toronto Marlboros, an OHL start that launched his lengthy and highly impactful career in the National Hockey League.