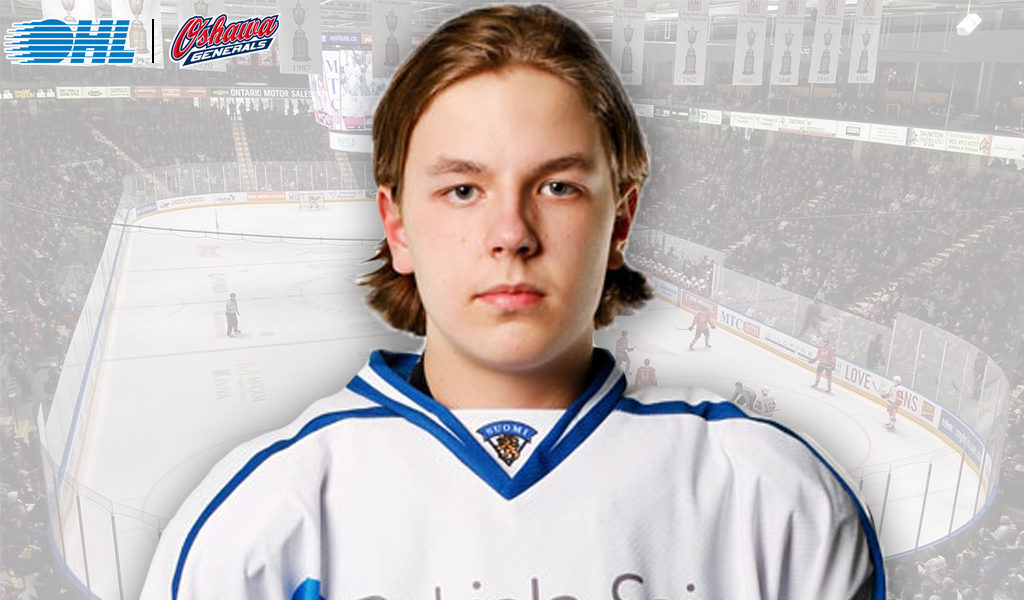 Oshawa, ON – The Oshawa Generals announced today that Finnish forward Oliver Suni has committed to an Ontario Hockey League standard player agreement with the Hockey Club.

The Kempele, Finland native was the Generals first round selection in the 2019 CHL Import Draft this past June. He was a member of the Karpat Oulu B in Finland during the 2018-19 season where he tallied 19 goals and 17 assists for 36 points in 23 games played.

The 6-foot-2, 178-pound, right shot forward, has previously represented his country at the U17 World Hockey Challenge, recording three assists in six games at the tournament. He is currently is attending the Finnish Hockey camp for the U18 team that will be selected for the Hlinka Gretzky Cup the first week of August.

“We are very happy to have a top, young prospect such as Oliver to join our team,” said Vice President and General Manager, Roger Hunt on the signing. “Oliver will come to us with international experience and will look to make an impact here on North American ice heading into his NHL Draft season.”

Suni will join the Generals for training camp at the end of August before the 2019-20 season gets underway in September. He will wear #19 with the team.