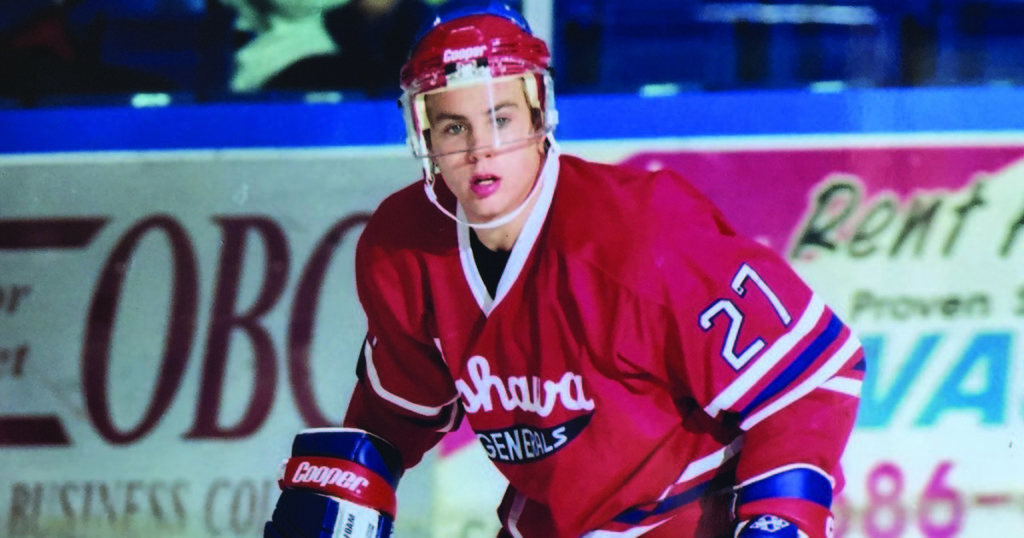 OSHAWA, ON – On October 2nd the Oshawa Generals will welcome franchise leader in points #27 Marc Savard to our retired banner row. Savard will be joining Red Tilson, Bobby Orr, Eric Lindros and John Tavares as the fifth player to have his number retired in the franchise’s history.

Marc Savard was drafted to the Oshawa Generals during the 1993 OHL Priority Selection Draft. He was selected by the Gens during the 2nd round, 28th overall. He went on to win two OHL scoring titles, one OHL championship and appeared in the 1997 MasterCard Memorial Cup.

Savard would then move on to the NHL where he played for the New York Rangers, Calgary Flames, Atlanta Thrashers and Boston Bruins, appearing in back to back NHL All-Star Games in 2008 and 2009. Savard won the Stanley Cup with the Boston Bruins in 2011.

“I’m speechless. Some of my fondest memories in my hockey career came as an Oshawa General,” he said. “To have my jersey retired by one of the greatest junior hockey franchises of all time makes me feel so honored. It’s a night my family and I will never forget.”

“It’s great to honour Marc and put him where he rightfully belongs with other Generals legends,” said Generals Vice President and General Manager Roger Hunt. “To hold the record for most career points as a General for over 20 years is truly amazing and really shows how prolific of a point-getter he was.”