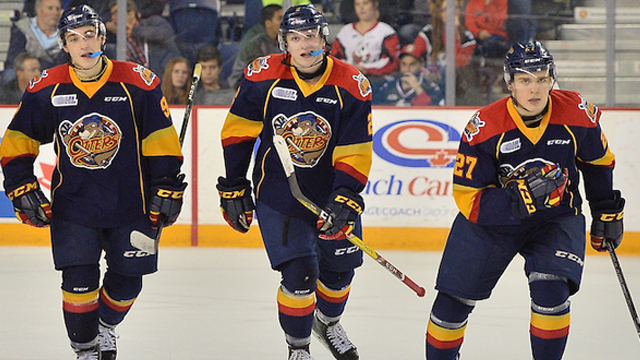 The Erie Otters continued their run of success on Friday, recording a franchise record 12th straight win with a 4-1 road triumph over the Mississauga Steelheads. The Otters extended their cushion atop the Midwest Division standings to six points over second place London who fell on home ice to Owen Sound.

The win was also head coach Kris Knoblauch’s 200th behind the Otters’ bench. He becomes the second coach in Otters history to win 200 games, second only to Dave MacQueen who won 229 during his seven year tenure from 1999-2006.

The Otters look to continue their dominance on Saturday in the back end of a home-and-home with the Steelheads.