Otters’ D’Amato thankful for “second chance” at U18 Priority Selection 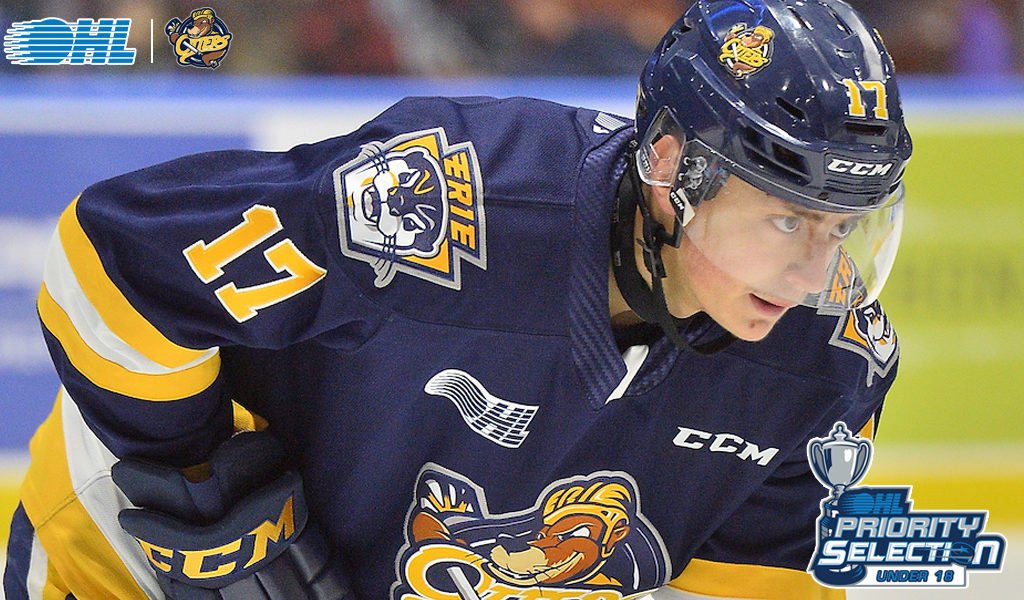 He didn’t exactly get there the way he’d imagined, but Daniel D’Amato is enjoying life in the OHL as a point producer on the upswing.

The now 18-year-old winger landed with the Erie Otters as the fourth overall pick of the 2018 OHL Under-18 Priority Selection. It’s an opportunity he didn’t think he’d have after a season-ending leg injury resulted in his name not being called in 2017, which was slated to be his draft year. Coupled with his Markham Majors’ less than stellar season in his 2016-2017 minor midget year, D’Amato’s hopes of getting drafted to the OHL at all were dim.

“We weren’t a very good team and then the injury didn’t help. That’s when I kind of figured my chances were very low,” said D’Amato.

Focused on recovery and finding his groove again, the Maple, Ont. native would play out his next season with the GTHL’s Vaughan Kings. He kicked off the year on a healthy note, unsure about what his future looked like.

“At the start of the year, I didn’t really have any big thoughts of getting drafted, I just went into midget, hoping I could find my game,” he recalled. “I just went with the flow and ended up having a really good year and towards the draft, I got word there was a good chance I was going to get drafted really high.”

A strong season with the Kings brought his OHL dream back up to speed. Hearing his name called at the U18 Draft in April solidified it.

“It was a fulfillment to finally hear my name being called,” he remembered.

D’Amato has now played two full seasons with the Otters and has more than doubled his rookie output over his sophomore campaign, putting forth 18 goals and 32 points in the 63-game season. In terms of development, D’Amato knows he shoots the puck more often now and is looking at plays before dumping it in. He credits all the opportunity he was given in his rookie year with helping him gain the confidence to make even more of an impact on the Otters lineup.

“Erie gave me a lot more opportunity in the first year which helped me grow confidence and helped my development more,” he said. “I think just getting a really good feel for the OHL in my first year is something I brought to my second year, and I think confidence is the biggest thing.”

And admittedly, while it may have come a year later, some of that confidence came from hearing his name called high – something that, he believes, wouldn’t have happened in 2017.

Now, D’Amato can’t help but think of the experience as somewhat of a blessing in disguise.

“Playing midget and going high in the U18 draft still gave me the recognition I needed to get that opportunity,” he said.

“I was hoping the U18 draft would give me another opportunity to go to the OHL, which it did. So I’m very thankful for the draft, because who knows where I’d be, right?”

Ahead of the 2020 Under-18 Priority Selection on April 8, the Otters forward wants to remind players that not hearing their names called in the first draft doesn’t mean they won’t get their opportunity and hopes his story is an inspiration to those who may be in the same position he was in.

“This is a second chance for anyone who didn’t get drafted previously,” D’Amato finished. “It’s just another opportunity to do something we all love to do.