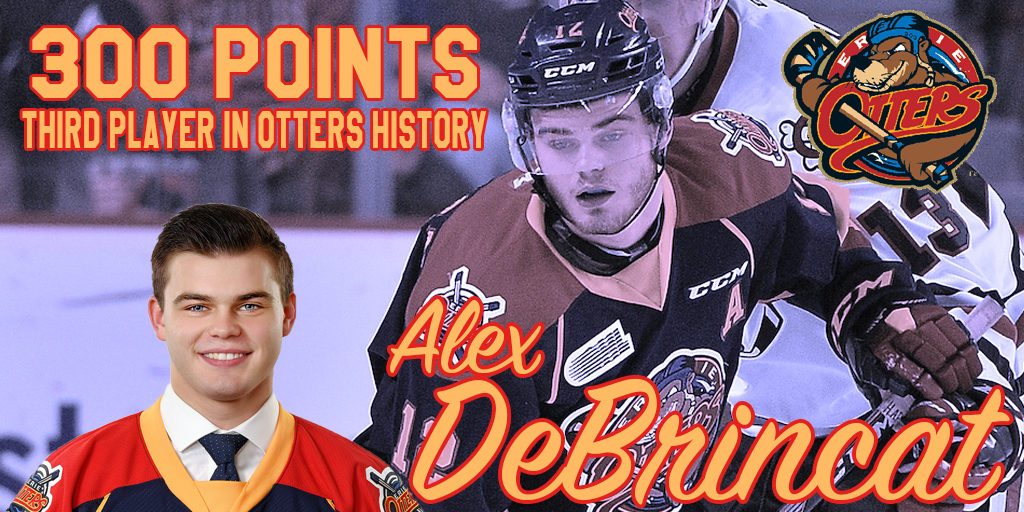 The 19-year-old native of Farmington Hills, Mich. had a goal and three assists in Erie’s 9-4 playoff-clinching win over the visiting Saginaw Spirit on Saturday, bringing his career total to 147 goals, 154 assists and 301 points over 174 regular season contests.

DeBrincat has set other prominent Otters records during his three-year tenure including becoming the team’s all-time leading goal scorer on February 3rd in Peterborough. He also became the first Otter to ever record back-to-back 50-goal seasons when he lit the lamp 51 times last season.

Up next in the records books, DeBrincat looks to join Dale McCourt (194 goals, 1972-77) as the second player in OHL history to record three straight 50-goal seasons.

Chosen in the second round (39th overall) by the Chicago Blackhawks last summer, DeBrincat currently leads the league with 96 points including 45 goals and 51 assists in 46 games. He has been a three-time Pioneer Energy OHL Player of the Week this season.