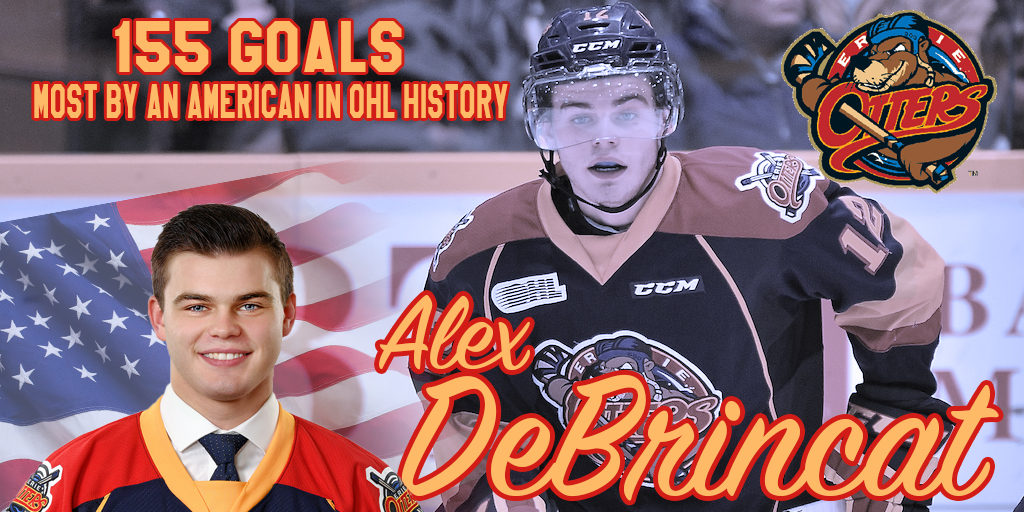 The record-shattering antics of Erie Otters winger Alex DeBrincat continued on Saturday night in Barrie as the Chicago Blackhawks prospect had two goals and two assists in a 7-3 Otters win over the Colts.

The 155th and 156th goals of DeBrincat’s OHL career placed him ahead of former Mississauga IceDogs and London Knights winger Rob Schremp (2002-06) as the leading American goal-scorer in OHL history. DeBrincat has now scored in 14 consecutive games as of Sunday, five games shy of Mike Ricci’s OHL record of 19 set during the 1988-89 season.

The leading goal scorer in Erie Otters franchise history, DeBrincat leads the OHL with 113 points including 55 goals and 58 assists in 54 games this season as the Otters sit atop the Western Conference with a record of 44-12-2-1.

A former CHL and OHL Rookie of the Year in 2015, DeBrincat was Chicago’s second round (39th overall) pick in the 2016 NHL Draft.