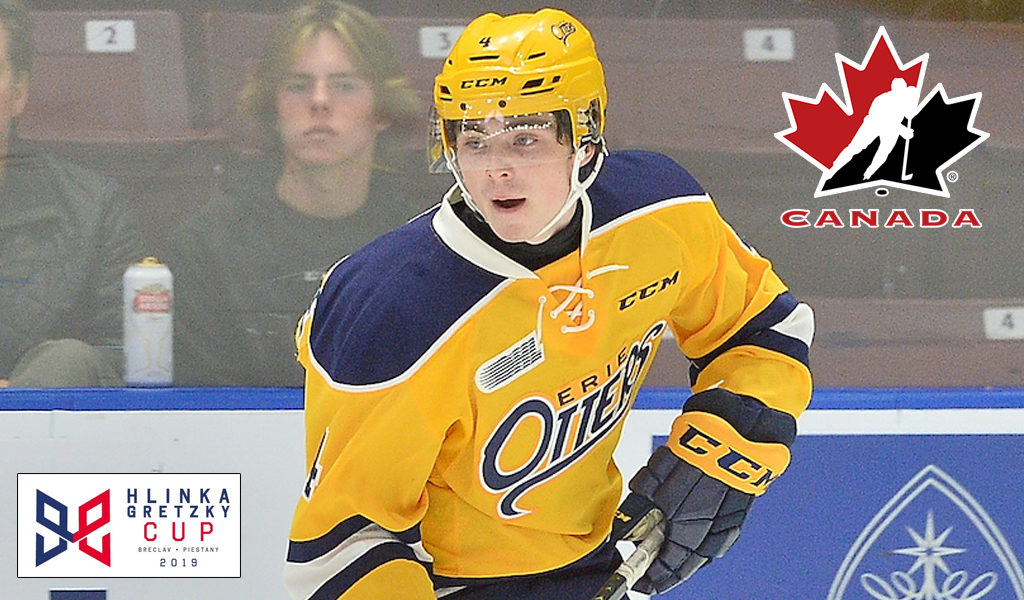 Drysdale, 17, comes off an impressive rookie campaign that saw him produce 40 points (7-33–40) over 63 games from the Otters blue line, setting a new franchise record for points by a rookie defenceman.

The fourth overall pick of the 2018 OHL Priority Selection, Drysdale hails from Toronto, Ont. and was named to the OHL’s First All-Rookie Team this past season.

Canada begins its quest for a third straight gold medal finish at the Hlinka Gretzky Cup on Monday morning, taking on Finland at 9:30am ET.

For full coverage of the 2019 Hlinka Gretzky Cup stay tuned to ontariohockeyleague.com or visit hlinkagretzky.com.