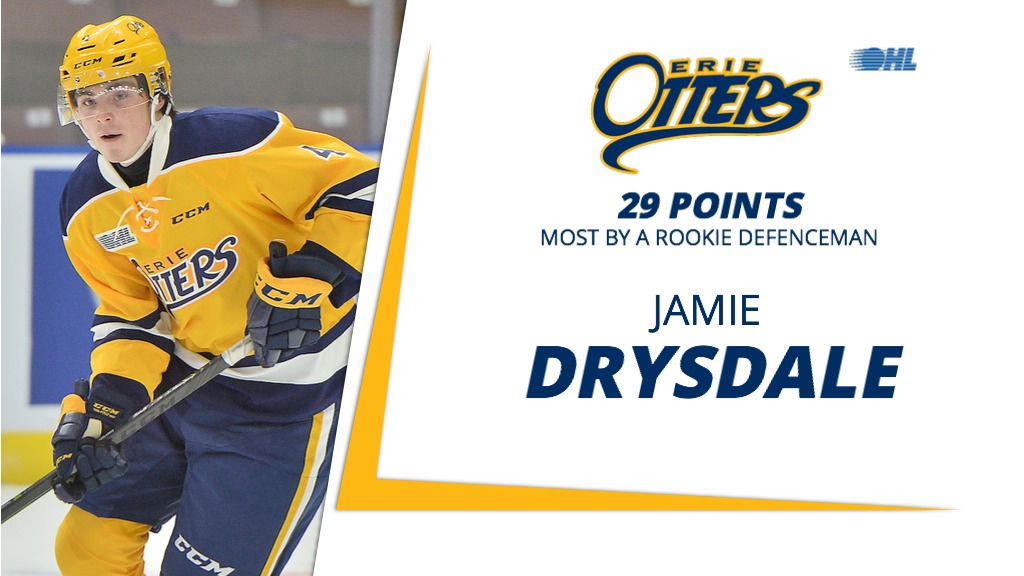 The future most certainly looks bright in Erie.

Rookie defenceman Jamie Drysdale scored the overtime winner in London on Friday and in the process, set a new franchise mark for points by a rookie defenceman.

Drysdale’s fifth goal of the season came on a breakaway just 19 seconds into overtime as the Otters knocked off the conference leading Knights 4-3 to earn a big two points in their pursuit of a playoff spot.

Boy that kid can fly ⚡️

Drysdale picked up his 29th point of the season on the winner, surpassing Travis Dermott‘s 2013-14 mark of 28 for the most by a rookie defenceman in Otters franchise history.

The 5-foot-11, 165Ib right-shot defender served as captain for Team Canada Black at the 2018 World Under-17 Hockey Challenge this past November. He will be eligible for the 2020 NHL Draft.