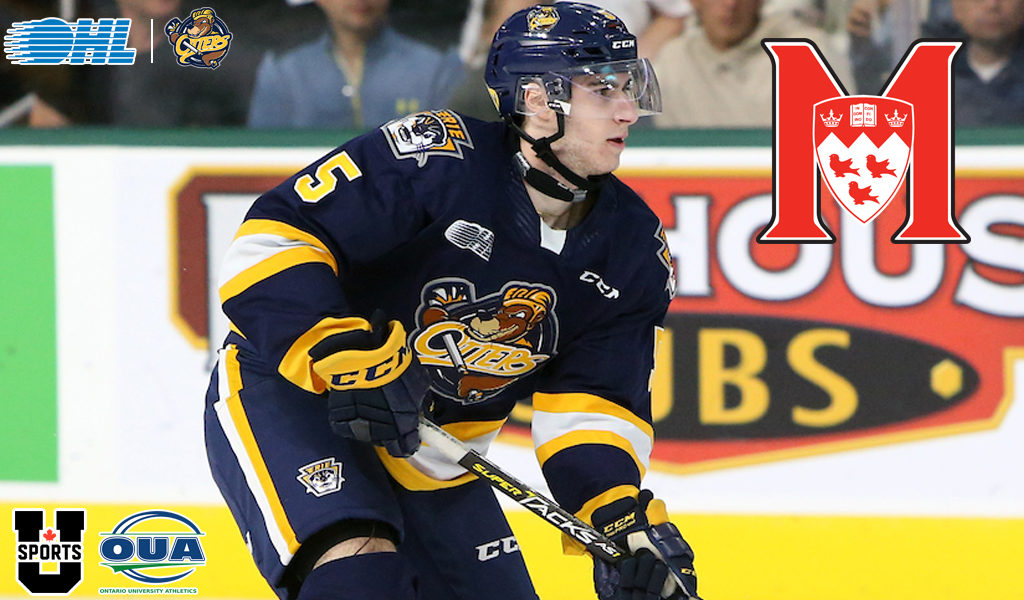 McGill University Men’s Hockey announced via Twitter that Erie Otters graduate Jacob Golden has committed to the squad for the upcoming 2020-21 season.

Golden, 21, reached a career high four goals and 27 points in his overage year, capping off a four-year OHL tenure over which he put forth 60 points (9-51–60) in 212 regular season appearances split between the Knights and the Otters. The 21-year-old defender was selected by London in the 2015 OHL Priority Selection and was a fifth round (147th overall) pick of the Minnesota Wild in the 2017 NHL Draft.

With a 95% average in his studies at Mercyhurst University, Golden was recently named the recipient of the 2019-20 Roger Neilson Memorial Award as the League’s Top Academic Post-Secondary Student.

Welcome to McGill Hockey Jacob Golden! A graduate of the Erie Otters (@ErieOtters) and London Knights (@LondonKnights). Jacob was the recipient of the Roger Neilson Memorial Award as the OHL (@OHLHockey) top academic post-secondary student and is an NHL draft pick #McGillWill pic.twitter.com/tYkLFk0F9F