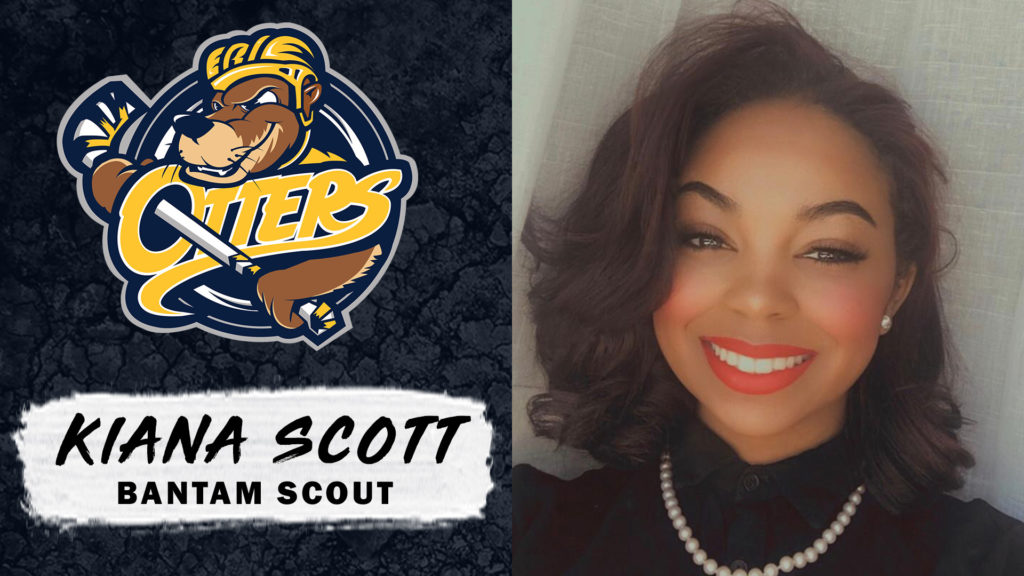 “It feels incredible to be a part of such an amazing organization,” said Scott. “I’m very excited and happy to get started with the Otters and am very appreciative as the Otters organization has been very welcoming and supportive of me joining the scouting roster.”

“This opportunity gives me the chance to be the scout I’ve always dreamed of being. I started my scouting career from the bottom and have worked very hard and overcome a lot to get where I am today. I always admired OHL scouts at the arenas, I never thought I would be scouting alongside them as the first female OHL scout.”

Scott joins the Otters after nearly two years as a member of the International Scouting Services’ Mentorship Program. While with ISS Hockey, the Barrie, Ontario native observed and reported on Major Bantam AAA, Minor Midget AAA, Major Midget AAA, Junior C, and the OJHL. The 20-year-old also scouted OHL showcases in the summer.

“The Otters organization builds itself around dynamic individuals who have relentless work habits, and Kiana fits our mold,” General Manager Dave Brown spoke of Scott. “She’s a tireless worker who we noticed continuously over the course of the season. With her diligence and eye for talent, we know she will contribute to the continued building of our organization’s talent pool.”