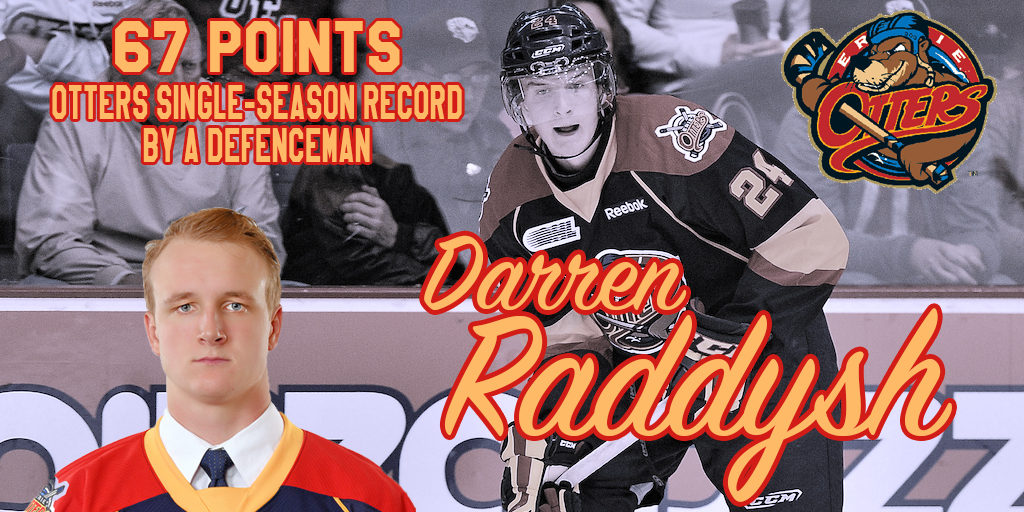 Though Erie lost 4-2 in Owen Sound, the older of two Raddysh brothers on the squad came away with a pair of assists to give him 68 points on the season, a new single-season franchise mark for Otters defencemen.

A 21-year-old native of Caledon, Ont., Raddysh passed Campoli as the Otters’ franchise points leader among defencemen on January 25th. He was also the OHL’s Defenceman of the Month for November, currently leads OHL blueliners in scoring and is second in OHL plus/minus behind younger brother Taylor at plus-59.

Now in his fifth OHL season, Raddysh is fourth in Otters career games played, suiting up in 263 contests since the start of the 2012-13 season.

Though currently not under contract with an NHL team, Raddysh, who was a fifth round pick by the Otters in 2012, attended training camp with the San Jose Sharks as a free agent invitee this past September.