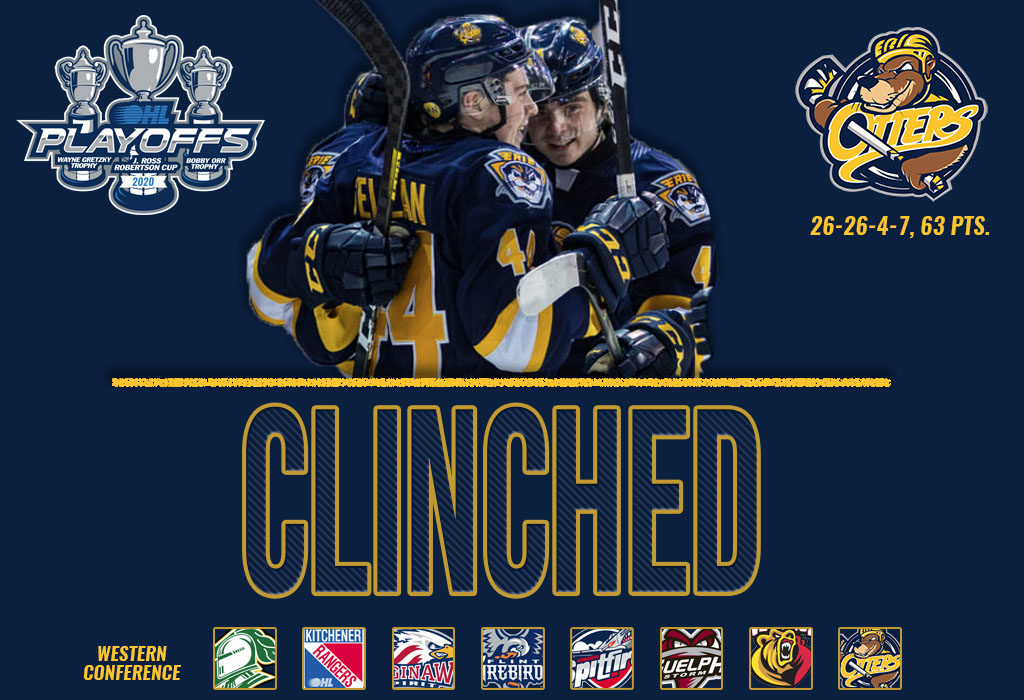 With the 2019-20 regular season concluded on Wednesday, the Erie Otters are headed to the OHL Playoffs, narrowly edging out the Soo Greyhounds for the eighth and final spot in the Western Conference.

The 26-26-4-7 Otters finished with 63 points, one ahead of Sault Ste. Marie as Erie returns to the OHL Playoffs for the first time since their last championship in 2017.

The Otters were led by former 10th round pick Chad Yetman who lit the lamp 43 times, rounding out the season with 74 points (43-31–74) in 61 games. One of the League’s premier playmakers, Maxim Golod led the club in points with 78 (25-53–78) including a team-leading 53 helpers. On the back end, Canadian World Junior gold medalist Jamie Drysdale racked up 47 points (9-38–47) in 49 games and saw minutes in all situations.

Two years removed from a CHL record four consecutive 50-win seasons, the Otters are back in the playoff scene with a hungry group trying to win the franchise’s third championship.