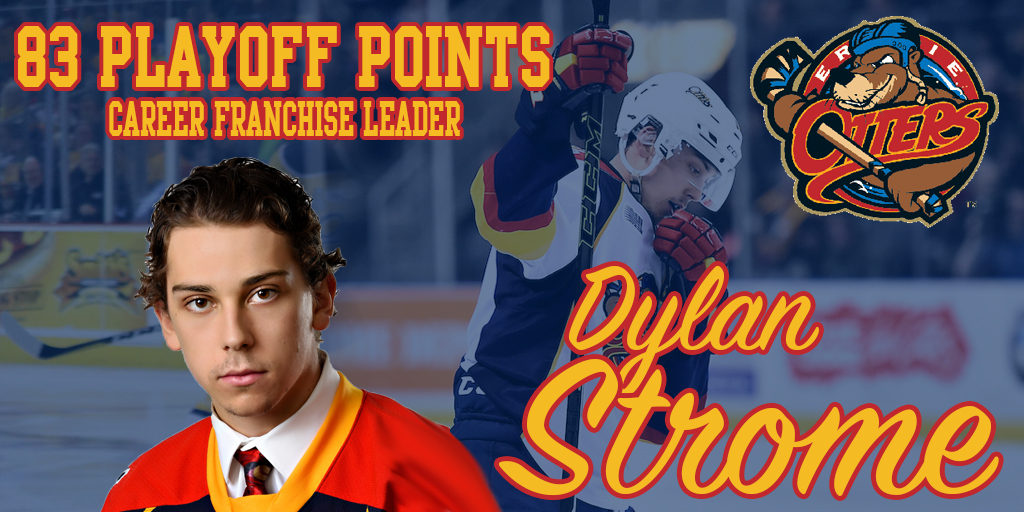 Strome had a goal and an assist in Erie’s 5-2 Game 4 victory in his hometown of Mississauga to come within a win of the club’s first OHL Championship since 2002. In the process, Strome surpassed Brad Boyes‘ (1998-2002) prior mark of 81 career playoff points to become the new career franchise leader.

Through a franchise-high 68 career playoff contests, Strome has 83 points including 37 goals and 46 assists. His two points on Wednesday stretch his current point streak to six games as he sits second in Otters playoff scoring with 31 points this postseason including 14 goals and 17 assists in 21 games.

The 6-foot-3 centreman adds to his already impressive list of Otters accolades that includes being the club’s all-time leader in points and assists as well as being one of just three players in franchise history to record 300 points in an Otters uniform.

Strome and the Otters look to close out the Rogers OHL Championship in Game 5 at home on Friday when the puck drops at 7:00pm.