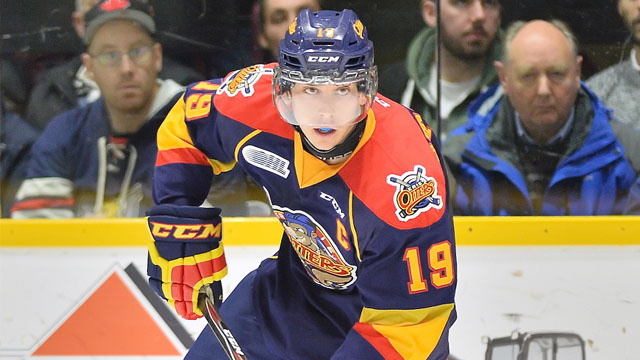 Strome’s path to 300 has been very successful, one that included an Eddie Powers Trophy as the OHL’s leading scorer in 2014-15 when he amassed 45 goals, 84 assists and 129 points to tie Moncton’s Conor Garland for the CHL scoring crown.

The Mississauga, Ont. native continued his success as an 18-year-old in 2015-16, recording 111 points (37-74–111) over 56 games, a season that also included international duty as he represented Canada at the IIHF World Junior Hockey Championship in Helsinki, Finland.

Since being returned from a seven game stint with the Arizona Coyotes to start the season, Strome has earned a World Junior silver medal in his second tour of duty with Team Canada and has recorded 21 points (7-14–21) over his first nine games of the 2016-17 campaign.

With one milestone reached, Strome is quickly closing in on another as he enters Saturday’s matchup against the Flint Firebirds nine points back of Boyes for the Otters’ franchise points record of 309.