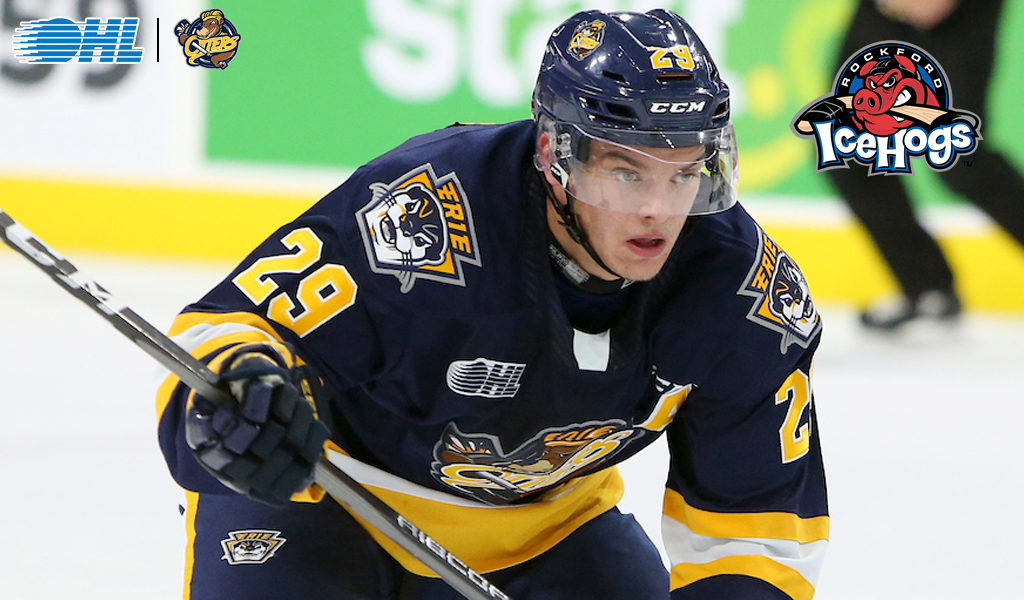 ROCKFORD, Ill. – The Rockford IceHogs, proud American Hockey League affiliate of the Chicago Blackhawks of the National Hockey League, announced today that forward Chad Yetman has agreed to terms on a one-year AHL deal with the club for the 2020-21 season.

Yetman, 20, led the Erie Otters (OHL) and placed sixth in the league with 43 goals and finished second on the team with a career-high 74 points in 61 games last season and was selected by the Blackhawks in the sixth round (172 overall) of the 2020 NHL Entry Draft this past summer.