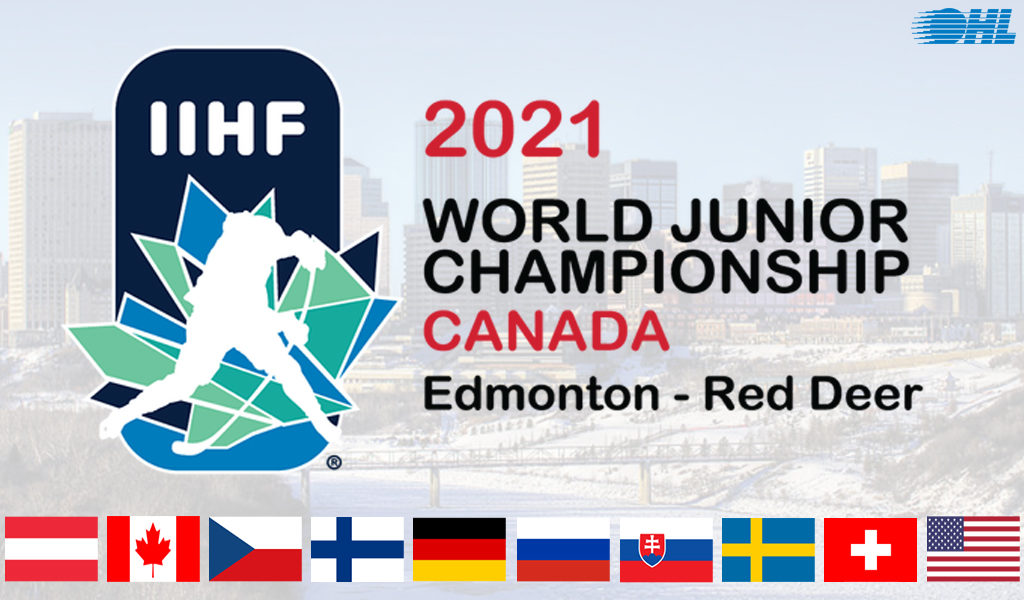 A total of 27 past and present OHL players have been selected to compete in the 2021 IIHF World Junior Hockey Championship from December 25, 2020 to January 5, 2021 in Edmonton, Alta. Teams finalized their roster entries on Wednesday, with OHL products spread out over nine of the 10 competing countries.

Eight of those 27 names have been named to Canada’s finalized roster while the Czech Republic trails with four past or present OHL players followed by Germany and Slovakia with three apiece.

In addition to the eight Canadian standouts, prominent names attending this year’s international World Junior showdown include reigning Red Tilson Trophy recipient and CHL leading scorer Marco Rossi of the Ottawa 67’s who will headline Austria’s first entry into the tournament since 2010. Additionally, 2019-20 first all-star team right-winger Arthur Kaliyev of the Hamilton Bulldogs will return to the flank for the United States. Montreal Canadiens second round NHL Draft pick Jan Mysak of the Hamilton Bulldogs will be front and centre for the Czech Republic while top 2021 NHL Draft prospect Daniil Chayka of the Guelph Storm will patrol the blue line for Russia.

Here’s a complete look at OHL talent that will be competing in the tournament that kicks off on Christmas Day:

Follow ontariohockeyleague.com for continuing coverage of the 2021 World Juniors. More information can be found at iihf.com.