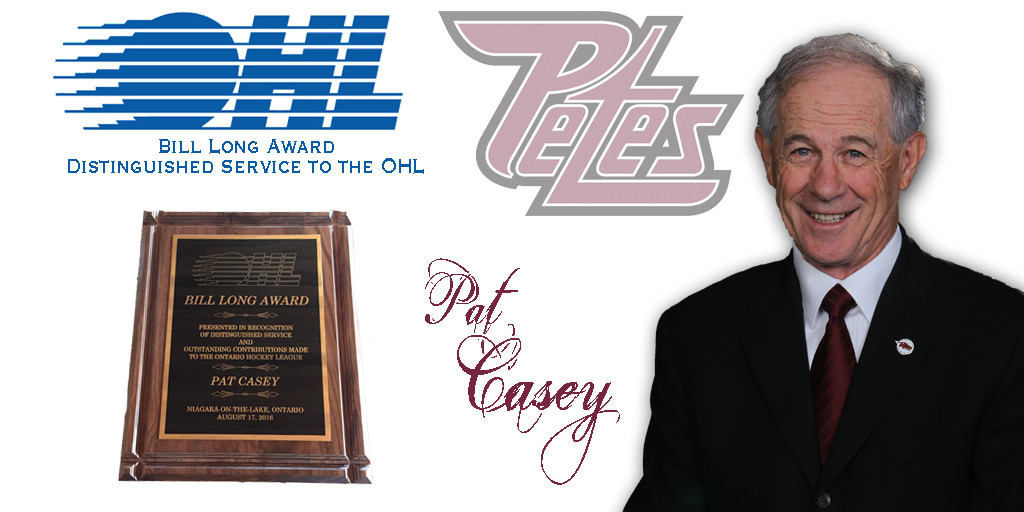 Toronto, ON – The Ontario Hockey League today announced that Pat Casey, a longtime Director with the Peterborough Petes, is the recipient of the Bill Long Award for Distinguished Service presented in recognition and appreciation of outstanding contributions to the OHL.

The award was presented Wednesday night at the annual OHL Board of Governors meeting in Niagara-on-the-Lake.

“Mr. Casey’s passion for our league and the Peterborough community has been unparalleled over 60 years as a player, steadfast fan, and as a devoted member of the Petes’ Board of Directors,” said OHL Commissioner David Branch. “A truly deserving individual of this prestigious award, I cannot say enough about Mr. Casey’s contributions to the league and to our great game.”

Casey joined the Petes’ Board of Directors in 1979 serving a near 40-year tenure that included stints as Vice-President (1979-84), President (1984-87 and 1997-2002), as well as Treasurer which he held for the past 10 years before retiring this spring.   His career with the Petes also included time as a player and member of the club’s original roster in 1956 after being drafted by the Montreal Canadiens in the first round of the 1956 NHL Amateur Draft.  He helped the Petes earn Ontario and Eastern Canadian championships in 1959 as the club made their first trip to the Memorial Cup.

A native of Kirkland Lake, ON, Casey has been integral in many momentous events and accomplishments in Petes and OHL history including the introduction of the OHL Scholarship Program, Peterborough’s hosting of the 1996 MasterCard Memorial Cup, 2011 Hockey Day in Canada, and support for current Petes President Dave Pogue in the launch of the OHL’s Talk Today Mental Health Awareness Program.

Casey is the 20th recipient of the award which was initiated in 1989 to commemorate the efforts and contributions of Bill Long during his days in the Ontario Hockey League, spanning over three decades as a coach and manager of the Niagara Falls Flyers, Ottawa 67’s and London Knights.  Owen Sound Attack Business Manager Ray McKelvie (2013), and former Plymouth Whalers owner Peter Karmanos Jr. (2010), are the two most recent award recipients.  Herb Warr (1992), Norm Bryan (2003), and Jeff Twohey (2006) also received the award for contributions made as members of the Petes organization.

Additional recognition for Casey this season included a ceremony in March prior to the club’s final home game of their historic 60th season where he was honoured for 60 years of service to the Petes as a player, alumnus, and Director.  Included in the program was a presentation of the OHL’s Milestone Award by Commissioner David Branch, and the unveiling of the “Pat Casey Alumni Room” at Peterborough Memorial Centre. 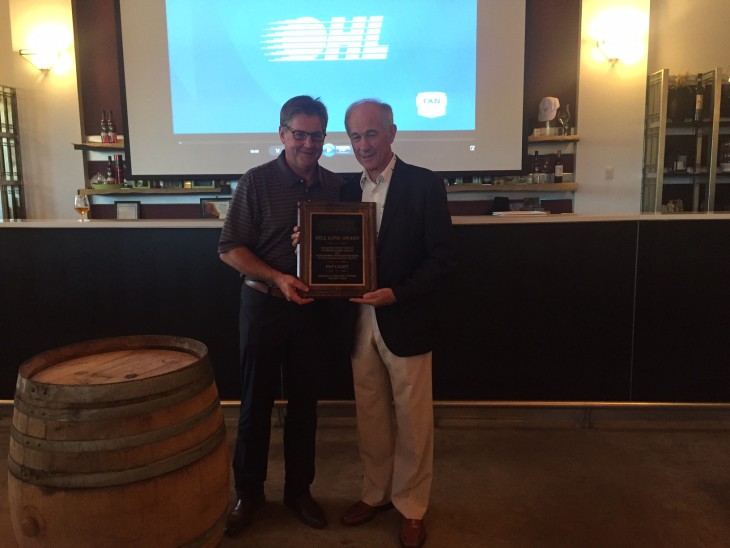 Photo: Pat Casey presented with the OHL’s prestigious Bill Long Award for Distinguished Service alongside OHL Chairman of the Board Rick Gaetz. 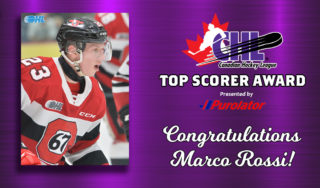