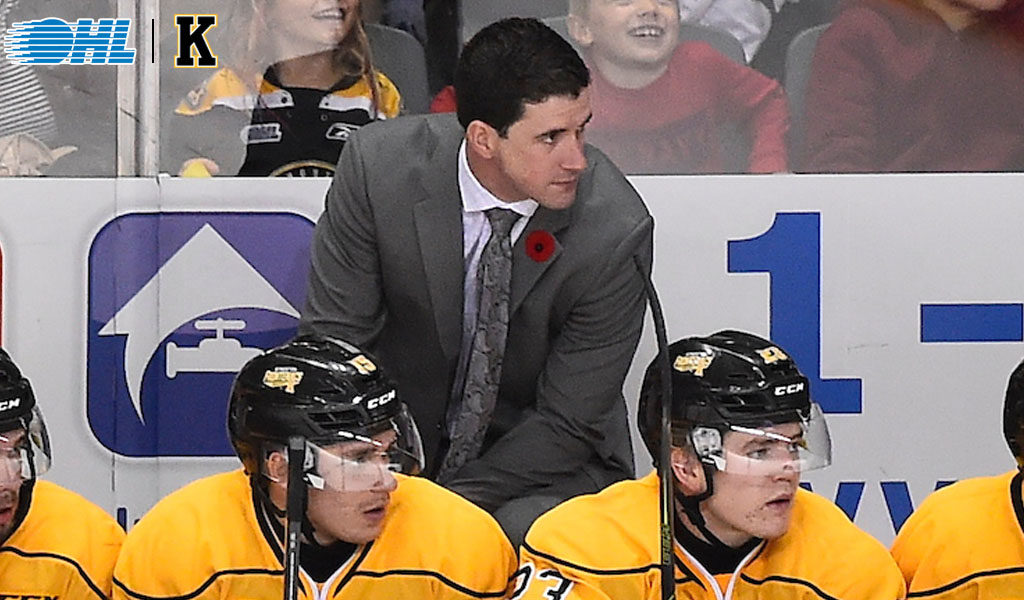 Kingston, Ont. – The Kingston Frontenacs are proud to announce the return of Paul McFarland as Head Coach. The Toronto native, who coached the Frontenacs to the franchise’s best record in 2015-16 and led the team to the second round of the OHL playoffs in two of his three seasons as head coach, returns to the OHL after three seasons as an assistant coach in the NHL. The multi-year deal to return as the Head Coach of the Kingston Frontenacs begins once the Toronto Maple Leafs conclude their 2019-20 season.

The Kingston Frontenacs are proud to announce the return of Paul McFarland as Head Coach. The Toronto native, coached the Frontenacs to the franchise’s best record in 2015-16.

“Paul is a very key piece of our ultimate goal of winning a championship, especially in how he brings a passion and commitment that will no doubt be infectious to our players,” said Darren Keily, General Manager of the Kingston Frontenacs. “His record when he was here speaks to how strong his commitment is to the game, our team, and our players. Our ownership and our management have a great deal of respect for Paul, we’re very aligned on how the game is played and we’re excited to implement that structure into our program.”

McFarland, who spent the past three season in the NHL; two with the Florida Panthers and the past season with the Toronto Maple Leafs, returns with a record of 111 wins, 71 regulation losses, 13 overtime losses, and 9 shootout losses in 204 games coaching the Kingston Frontenacs over three seasons.

“We greatly appreciate the support of Kyle Dubas and the entire Toronto Maple Leafs organization for their cooperation through this process,” said Keily. “The support of Doug Springer, our owner, to hire someone of Paul’s caliber is testament to his desire to bring a championship to Kingston.”