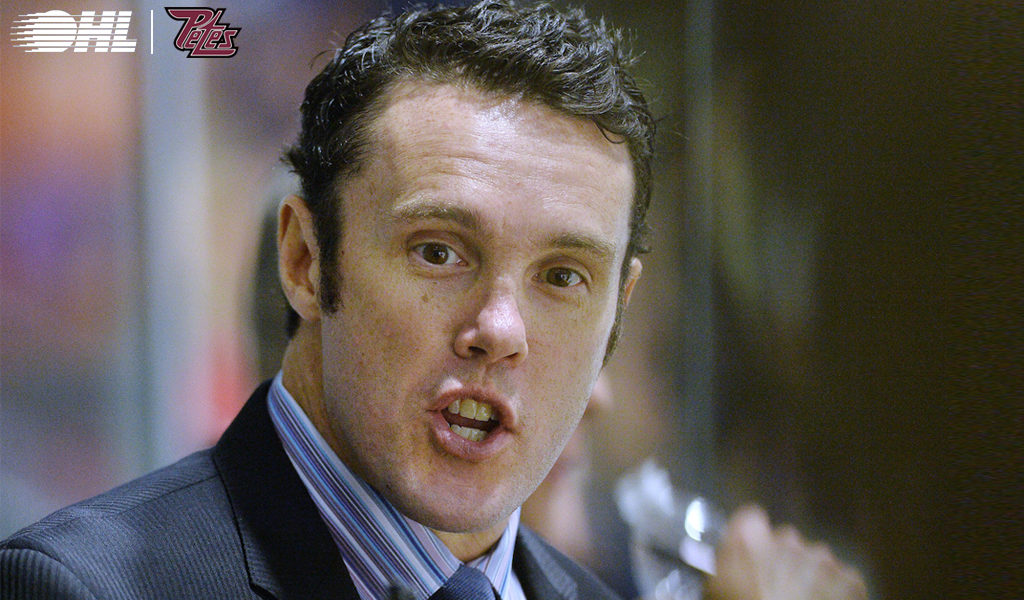 The Petes are 16-20-2-1, and sit fourth in the East Division and sixth in the Eastern Conference through 38 games this season.

“We’d like to thank Jody for his extensive service with the Peterborough Petes, and wish him the best of luck in his next endeavour,” noted General Manager Mike Oke. “His, and his family’s commitment to our organization and this community should not be downplayed.”

Verner has been an Assistant Coach with the Petes since the start of the 2015-16 season. Prior to that, he was the team’s Goaltending Coach from 2013-14 to 2014-15. The former Petes goalie (1989-92) played 17 years of professional hockey, and has worked as a goaltending consultant for Hockey Canada, the Austrian National Team, and the Peterborough Minor Hockey Council. Originally from Toronto, Verner now lives in Ennismore with his wife and children.

Oke commented that “Andrew has the knowledge and experience to step in and effectively lead our team as Interim Head Coach. He has a solid understanding of the strengths and potential of our roster, and will be able to navigate the team through this transition as we look to improve in the standings.”

Verner’s first test as Petes Interim Head Coach will be a road game against the Ottawa 67’s on Saturday, January 6 at 2pm.