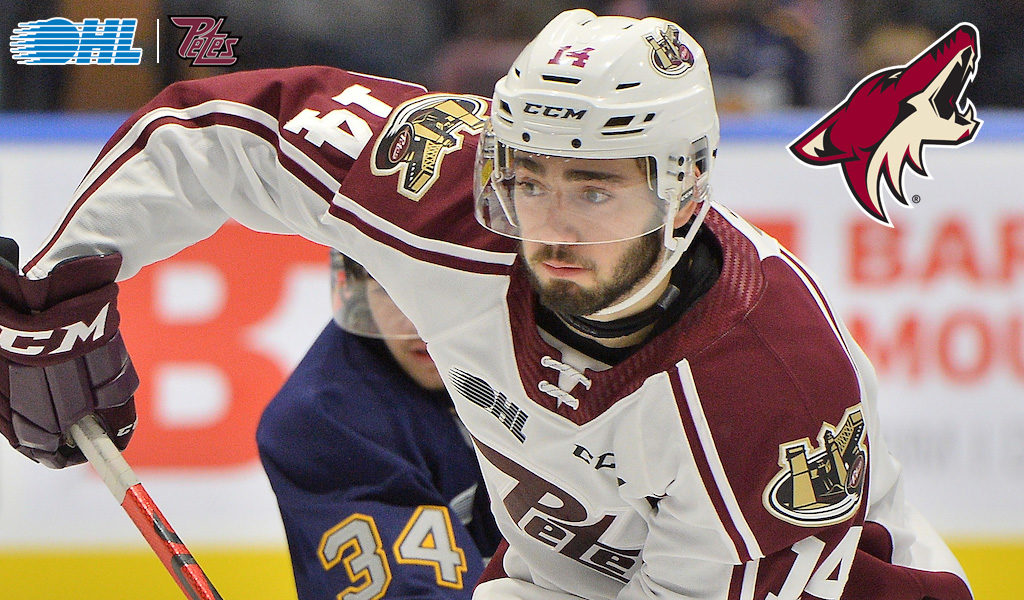 GLENDALE, ARIZONA – Arizona Coyotes General Manager Bill Armstrong announced today that the Coyotes have signed forward Liam Kirk to a three-year entry-level contract. As per club policy, terms of the contract were not disclosed.

Kirk previously became the first player born and trained in England to be chosen in the NHL Draft when the Coyotes selected him in the seventh round (189th overall) in the 2018 NHL Entry Draft.

“We are very pleased to sign Liam to an entry-level contract,” said Armstrong. “Liam played extremely well at the World Championships in Latvia and has earned this contract. He’s a goal scorer with a great work ethic and he is very focused on realizing his dream of one day playing in the NHL. We look forward to watching him continue to develop.”

The 6-foot-1, 187-pound Kirk recently played for Great Britain at the 2021 IIHF World Championship in Riga, Latvia. He recorded 7-2-9 in seven games to lead his team in goals and points. Kirk’s seven goals tied for the tournament lead and he was named to the World Championship All-Star team.

Kirk also won a gold medal as the second-youngest player on Great Britain team at the 2018 IIHF World Championship Division 1, Group A tournament.