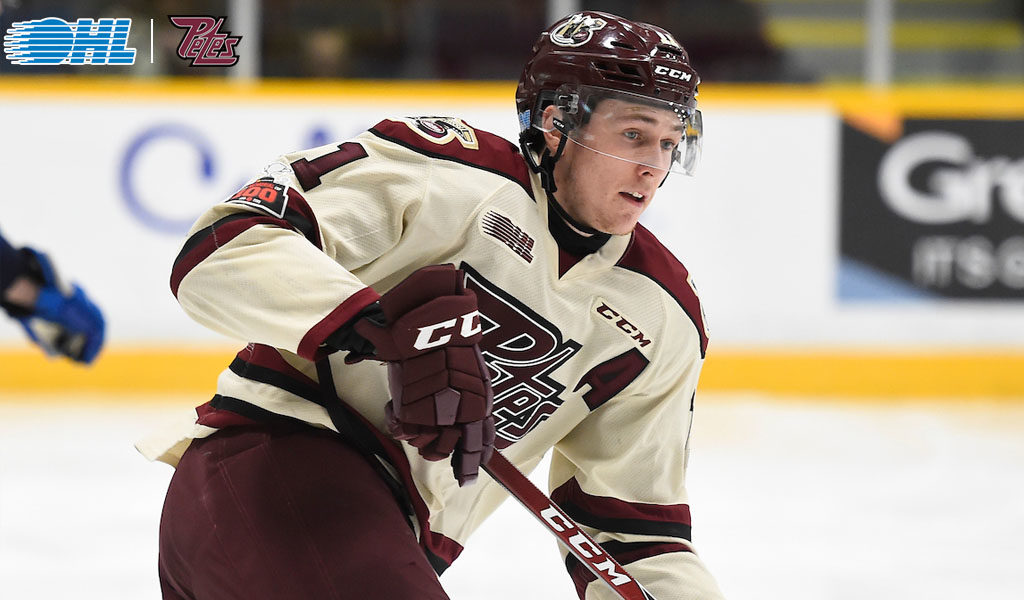 Peterborough, ON – The Peterborough Petes have announced their captains group for the 2018-19 season, which is off to one of the best starts in recent history as the team has skated to 3-1 record. The 2018-19 captains are as follows:

Gallant was selected by the Petes in the first round, 5th overall in the 2015 OHL Priority Selection. He was named an alternate captain for the 2017-18 season, the season after he was drafted by the Detroit Red Wings (third round, 83rd overall) in the NHL Entry Draft.

The 6’2”, 192lbs centre has suited up in 169 OHL games, totalling 37 goals and 47 assists for 84 points. The Oakville, Ontario native is well known for his two-way play, and is among the league-leaders in faceoff winning percentage every season. He currently sits second in the OHL of all players who have taken more than 75 faceoffs.

“I had to come in and get to know everybody, and see who brings what to the table,” noted Head Coach Rob Wilson. “It wasn’t that difficult of a decision to be honest. Zach, Adam, Chris, and Austin earned these letters. They all wanted it.”

Gallant was honoured by the decision, commenting that “it’s awesome to be named captain. We’ve had some incredible leaders here in the past, and with how storied the Peterborough Petes franchise is, it’s a very special honour to be in this position.”

Timleck is in his fifth and final season with the Petes. Originally selected in the fourth round of the 2014 OHL Priority Selection, the Toronto native has been one of the most consistent Petes in his 225-game career, putting up 50 goals and 51 assists in that time.

In the 2016-17 season, Paquette was acquired by the Petes from the Niagara IceDogs. He has scored 52 goals and 62 assists in 242 OHL games. He is already among the league leaders in points this season.

A fellow overage player, Osmanski also joined the Petes from a Central Division rival, trading in his Mississauga Steelheads’ jersey for a Petes sweater in the early stages of the 2017-18 season. The East Aurora, NY native is tied for fifth in scoring among OHL defencemen so far this season.

The newly named captains were interviewed live on the Petes Instagram channel on Wednesday afternoon ahead of the team’s game on Thursday night against the Soo Greyhounds.