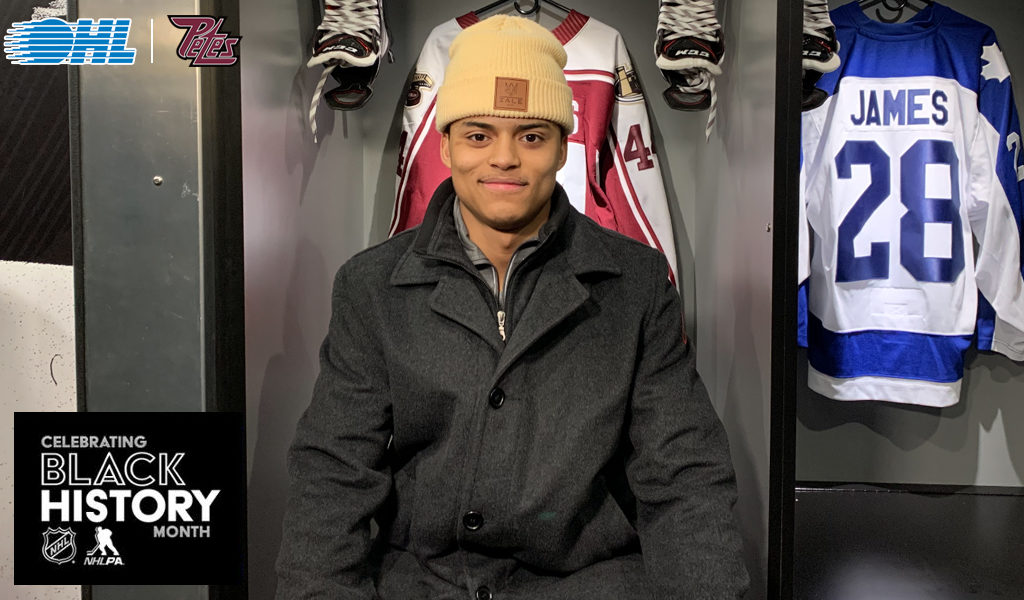 The hockey community’s celebration of Black History Month continued with a special visit from Akil Thomas.

The NHL’s American Legacy Black Hockey History Tour made a stop at the Malvern Community Recreation Centre on Friday and welcomed Thomas, a Scarborough native, as a guest of honour.

The mobile museum, which will continue to travel to NHL arenas, schools, and community rinks throughout the month of February, features photos, snippets, and interactive displays that highlight trailblazing players, founders, and organizations over the course of history.

Thomas was given a tour by Kwame Mason, co-creator of the museum and director of the film “Soul On Ice: Past, Present & Future,” that discusses the history of black hockey players and features an appearance from the Peterborough Pete.

Canada’s World Junior gold medalist hero was joined on site by Val James, the NHL’s first-ever black player from the United States who broke into the league with the Buffalo Sabres during the 1981-82 campaign.

Thomas spoke to a group of young kids in the community centre’s gymnasium about the importance of representation.

“It’s huge to see people who look like you doing huge things. It inspires you to think you can do the same thing,” he said to them.

“People like Val are huge in why I accomplished what I did and what I hopefully will do in the next few years.”

Thomas was greeted by fans, media, and friends throughout the evening, stopping for photos and discussing his experience in the hockey world as a person of colour.

“I’ve had the privilege of having a lot of people impact me and guide me in the right direction, and if I can be that person for another kid who, in 10 years, scores a big goal for Team Canada, that’d be amazing,” he told reporters.

Past, present and future came together to tour the #BlackHockeyHistory mobile museum when @AkilThomas2 & @valmore_james met up with young hockey fans in Scarborough, ON. pic.twitter.com/jpFMl25AqJ

2019-20 Recaps
Saturday Highlights: Ingham the answer against Firebirds
12 hours ago