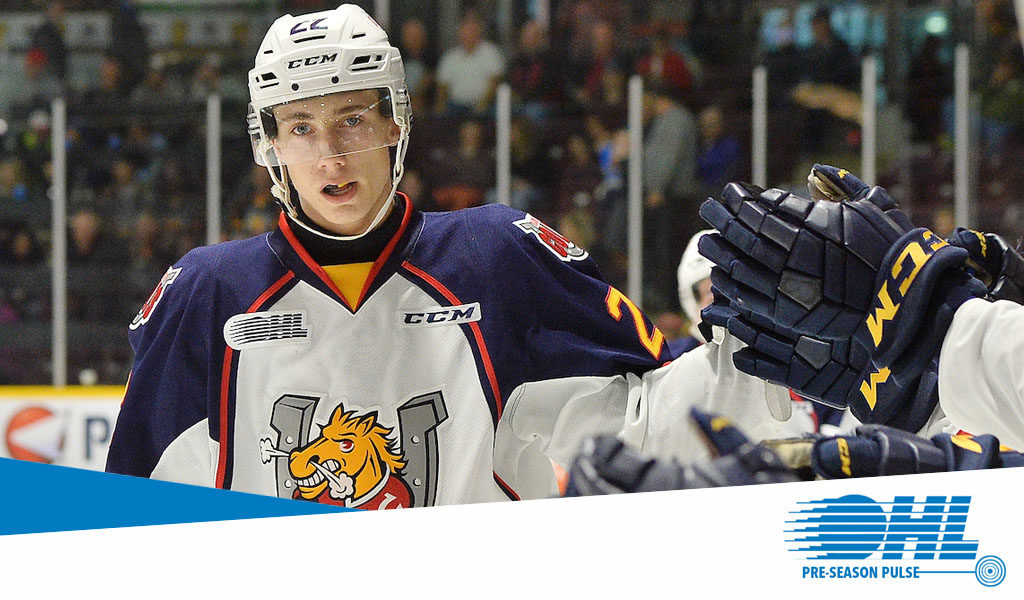 BARRIE 4, SUDBURY 3 (IN COLLINGWOOD)
The Barrie Colts went up 2-0 early before the Sudbury Wolves rattled off three straight goals to take a second period lead at Eddie Bush Memorial Arena in Collingwood. Luke Bignell knotted things at three 7:10 into the second before Jason Willms netted the game winner with 6:57 left in the third frame as the Colts took a 4-3 victory. Ryan Suzuki and Justin Murray also scored for Barrie while Joey Keane and Lucas Chiodo each recorded a pair of assists. Anthony Tabak, Blake Murray and Shane Bulitka were goal-scorers for Sudbury. Kai Edmonds earned the win in goal for the Colts with a 24-save performance as Barrie outshot Sudbury 29-27. The Colts improve to 2-1 in exhibition play while Sudbury falls to 0-3.
GAME CENTRE