Prospects hit the ice in Kitchener at 2019 OHL Gold Cup 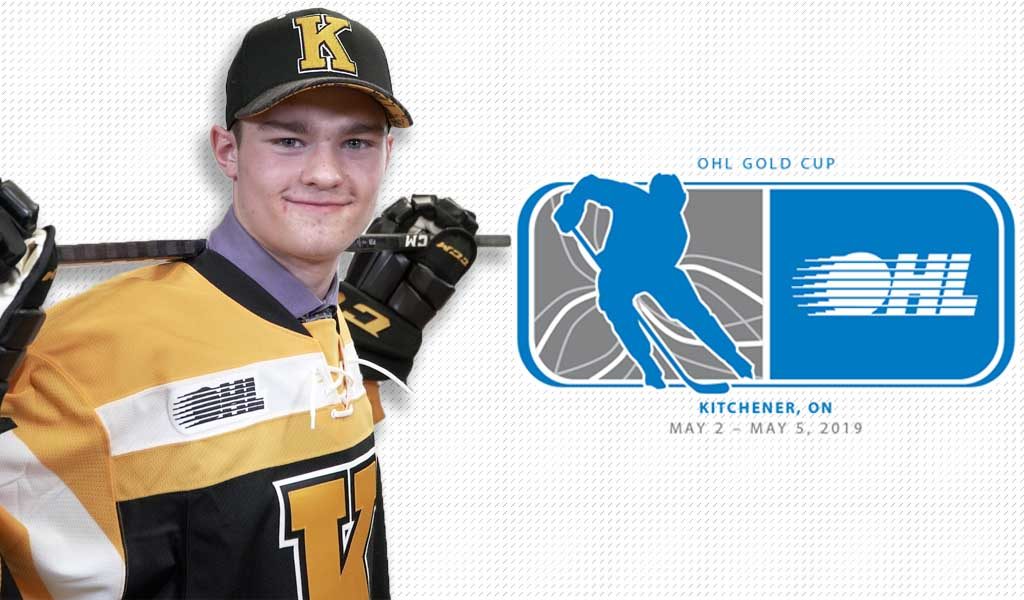 Ontario’s top young prospects are suiting up for their respective minor hockey associations at the 2019 OHL Gold Cup taking place at the Activa Sportsplex in Kitchener this weekend.

Of the 160 players competing at the event, 129 were chosen in April’s OHL Priority Selection, representing approximately 80% of the young athletes taking the ice at the annual event that runs from Thursday through Sunday.

32 players from the 2018 OHL Gold Cup represented Hockey Canada at the World Under-17 Hockey Challenge in Saint John and Quispamsis, New Brunswick

For the second straight year the Ottawa 67’s feature the most prospects in the annual showcase with 11 followed by the Kingston Frontenacs and North Bay Battalion with nine.

Exceptional performances at past OHL Gold Cup tournaments have provided a glimpse of what a player is capable of further on in his career. Several future OHL standouts have made strong impressions at the event.

GTHL Red won it all in the 2017 OHL Gold Cup. OHL Cup Champion Jamieson Rees (Sarnia Sting) scored the game winner, leading his club to victory over OMHA Black by a score of 3-1. Philip Tomasino (Niagara IceDogs) of GTHL Blue led the tournament in scoring with 10 points while teammate Nicholas Porco (Saginaw Spirit) came in second with eight. In goal, Ryan Dugas (Kingston Frontenacs) of GTHL Red led all netminders with three wins and was among the event leaders in goals-against average (1.67) and save percentage (.934).

The GTHL looks to win its fifth straight title this year when the event gets underway on Thursday afternoon.

About the OHL Gold Cup

The OHL Gold Cup is an annual showcase event featuring top under-16 talent in Ontario. As part of the Hockey Canada Program of Excellence, select players from the OHL Gold Cup will be invited to attend the National Under-17 Selection Camp, where they will have a chance to compete with other top talent from across Canada, to earn a spot at the World Under-17 Hockey Challenge.