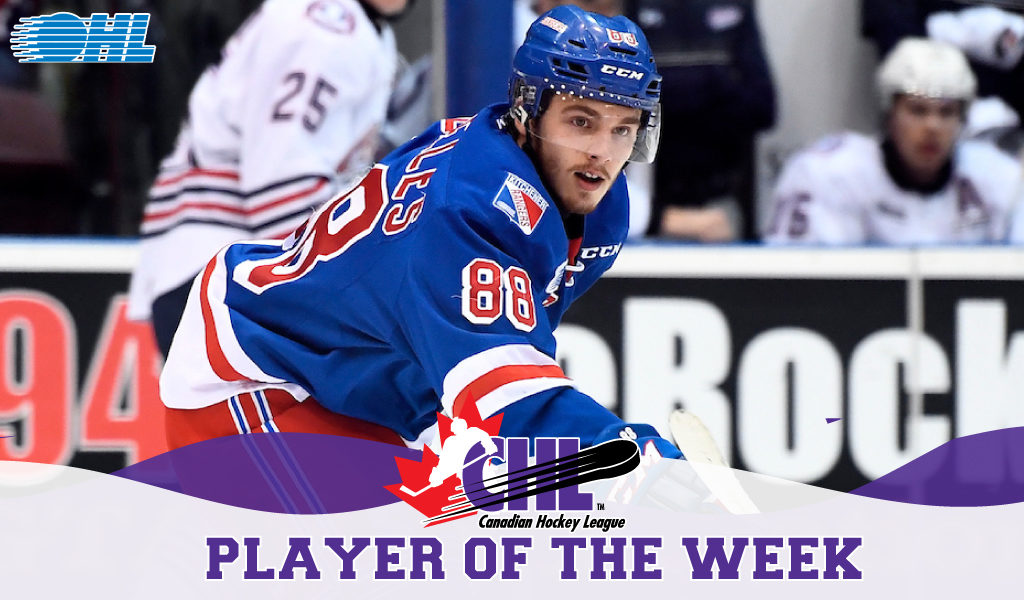 Toronto, ON – The Canadian Hockey League today announced that forward Greg Meireles of the Kitchener Rangers is the CHL Player of the Week for the regular season week ending March 10 with nine points in three games including two goals and seven assists with a plus-minus rating of plus-2.

Meireles put up multi-point efforts in all three appearances last week as the Rangers found the win column twice to improve to 32-29-3-1 and secure their fifth-straight playoff berth. His week began Wednesday as he tallied two assists against the Hamilton Bulldogs. Meireles then followed up that performance with a four-point night, including one goal and three assists, to tie his season-best showing in an 8-4 win over the Erie Otters in which he was recognized as the second star. He then wrapped his week with a goal and two assists in a 5-2 victory against the Midwest Division rival Guelph Storm en route to his second consecutive second-star honour.

A 20-year-old from Ottawa, Ont., Meireles is currently riding a 17-game point streak in which he has collected 12 goals and 21 assists for 33 points. Meireles, who is competing in his third full season with the Rangers, has recorded a career-high 92 points this season, including 34 goals and 58 assists, to lead Kitchener in scoring and rank 10th in the Ontario Hockey League.