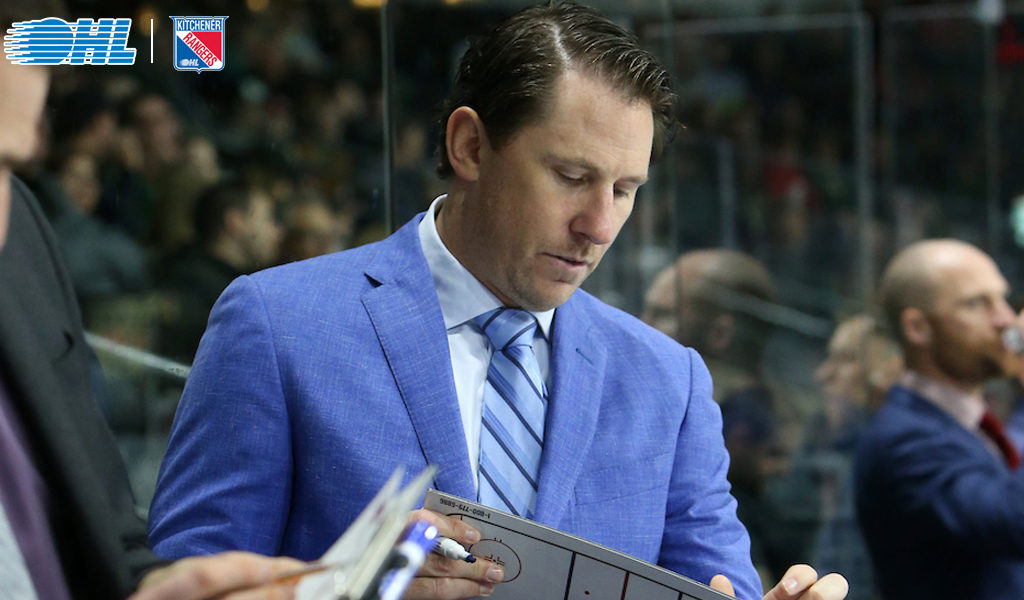 Down 3-2 with less than three minutes to go in the third period, Greg Meireles tied the score at three before Rickard Hugg set up Jonathan Yantsis for the game winner 1:29 into overtime, giving the Rangers a 4-3 road win over the CHL’s ninth-ranked Soo Greyhounds.

McKee, 41, is currently in his third season as head coach in Kitchener, guiding the Rangers to an overall record of 100-70-9-3 for a winning percentage of .582. He steered the Rangers to their first Midwest Division title since 2008 last season, helping them reach Game 7 of the Western Conference Championship Series.

On the ice, McKee enjoyed a 13-year NHL career with stops in Buffalo, St. Louis and Pittsburgh, appearing in 802 career regular season contests. The Kingston, Ont. native is an OHL graduate who played from 1993-96 between Sudbury and Niagara Falls before being the 14th overall pick of the 1995 NHL Draft by Buffalo.

The Rangers currently hold down seventh place in the Western Conference, owning a 21-22-3-0 record. Their schedule continues on Wednesday with a visit to the Owen Sound Attack.