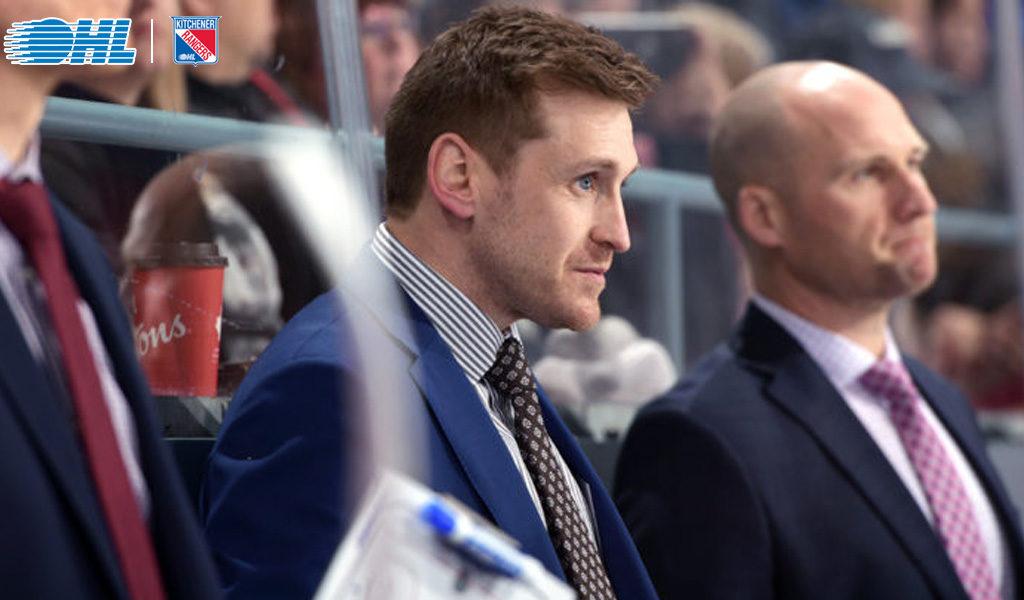 In the 42 games that followed, the Rangers went 33-6-0-3 and finished the campaign with 40 wins – good for third in the Western Conference and fourth overall in the OHL standings.

“This position was a priority for the organization to provide clarity to our current and prospective players and families,” Rangers Chief Operating Officer and Governor Joe Birch said. “Mike did a tremendous job last season and we are excited for the upcoming season with him as our Head Coach.”

“Mike and his staff were quickly recognized around the entire league for the direction change they implemented that provided both exciting hockey for our fans to watch and success on the ice as they were well-positioned to challenge for league honours in the post-season.”

Over the last few months, McKenzie spent a considerable amount of time looking at various options.

“Right now, this decision makes the most sense for our organization,” McKenzie said.

“Our mission is to provide our players with the resources, support, and guidance to develop as hockey players and people,” he said. “I look forward to continue playing an expanded role in this process and working alongside our players and staff on a daily basis.”