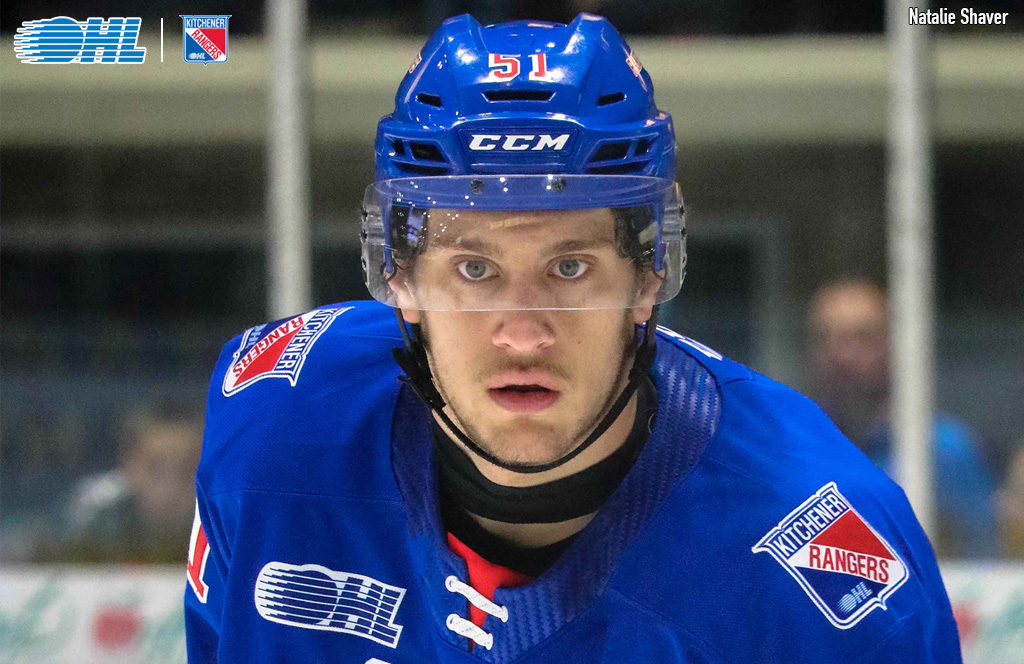 For Miro Vukojevic, sports were a passion growing-up. But things like good grades and securing a part-time job ranked as necessities.

In fact, it wasn’t until high school that he finally had a chance to play a little organized football.

As Miro grew older and eventually started a family, he made a vow to foster his children’s passion for sports as much as possible.

“He made sure we had the opportunity that he never did. I feel like that’s a really powerful thing and very important to my family,” Rangers defenceman Michael Vukojevic said of his dad.

Rangers defenceman @mikevukojevic credits his dad Miro for being “a huge factor” in his hockey career.

🗣️ “He comes to my games not even trying to be a dad-coach. He just enjoys watching me doing something I love.”https://t.co/U2mLPIcDgb#FathersDay | #RTown | #OHL pic.twitter.com/pLUKSAY68d

Michael described how, from a young age, he was enrolled in soccer, baseball, and hockey – with the latter eventually getting the most attention.

“I just fell in love with hockey and he was a huge factor,” the New Jersey Devils’ prospect said, who noted how his dad was a team trainer and manager for a few seasons.

Ironically, it’s his lack of experience in the game that might be Miro’s greatest contribution to Michael’s development, as he’s watched his youngest son become the player he is today.

This included Michael being awarded the team’s Herchenrader Family Trophy for Best Defensive Ability after the shortened 2019/20 season.

“He comes to my games not even trying to be a dad-coach. He just enjoys watching me doing something I love,” Michael said. “I think that brings him a lot of joy.”

The high school graphic design teacher, along with Michael’s mom, has regularly followed the Rangers on long-distance road trips to Sault Ste. Marie, Sudbury, and Saginaw as well.

And aside from having his family’s support at the game, Michael appreciates how, afterward, they won’t even talk hockey.

“It’ll just be a father-son discussion about what’s going on in my life or back at home. He won’t try and critique how I played at all,” he said. “He just loves the sport and supporting me – and all of my siblings.”

He doesn’t mind battling in the corners, but don’t talk to @NJDevils prospect @mikevukojevic about sharks 🦈. The @OHLRangers defender chatted on the latest #OHL Quick Hits.

One thing he doesn’t hesitate to provide though is advice.

Since being selected in the 2019 NHL Draft, Miro has reminded his son that the future is in his hands.

“He’s always challenged me by asking how bad do I want it,” Michael said. “I’ve been drafted to the NHL, which is great, but what’s the next step?”

That encouragement, which has been imparted on him as well as his older brother and sister, has also created a strong bond within the family.

“Between my brother, sister, and myself, we all have a great relationship with our dad – and our mom as well,” he said, adding, “We have a tight family and we always support each other.”