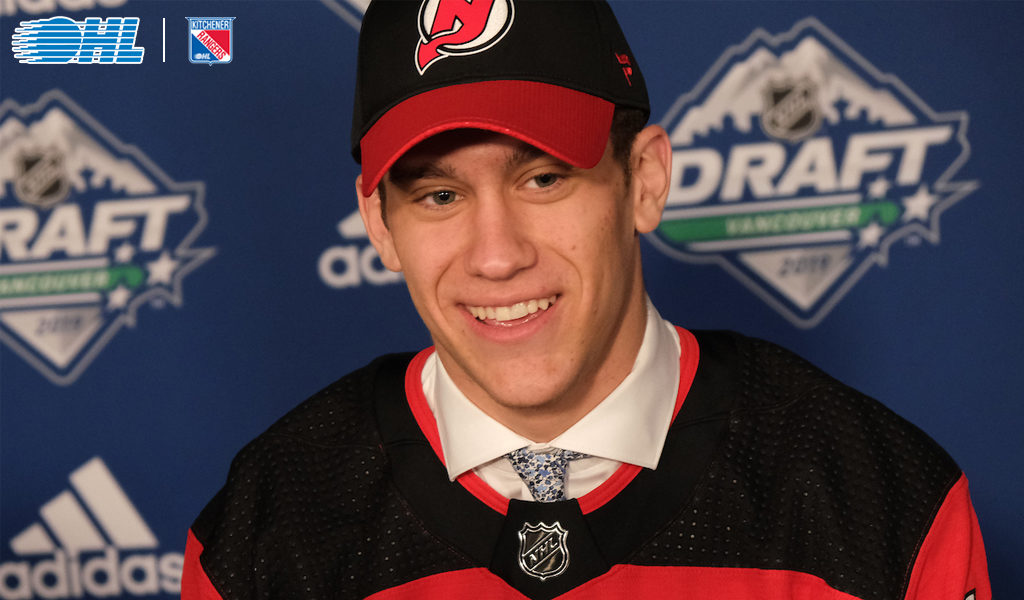 Vukojevic, 19, spent the previous three seasons (2017-18 through 2019-20) with Kitchener in the Ontario Hockey League. The left-shot blueliner set career highs in points (30) and goals (5) in his 2019-20 season with Kitchener. Vukojevic skated in 68 games, recording three goals and 26 assists for 29 points in his 2018-19 season. He added one goal and 10 assists in 23 OHL playoff games. During the pause of the 2020-21 OHL season, Vukojevic has skated in seven contests with the Binghamton Devils, tallying one goal and four assists with 10 penalty minutes.

The 6-3, 210lb., defenseman was born in Croatia before moving to Oakville, Ontario, when he was two years old. Born June 8, 2001, Vukojevic represented Canada on the Under-18 team at the 2019 Hlinka Gretzky Cup where he won the gold medal alongside current Binghamton Devils teammate Graeme Clarke.

Extremely honoured and excited to sign my first @nhl contract with the @njdevils Thank you to everyone who has helped along this journey pic.twitter.com/PefarZsm5L