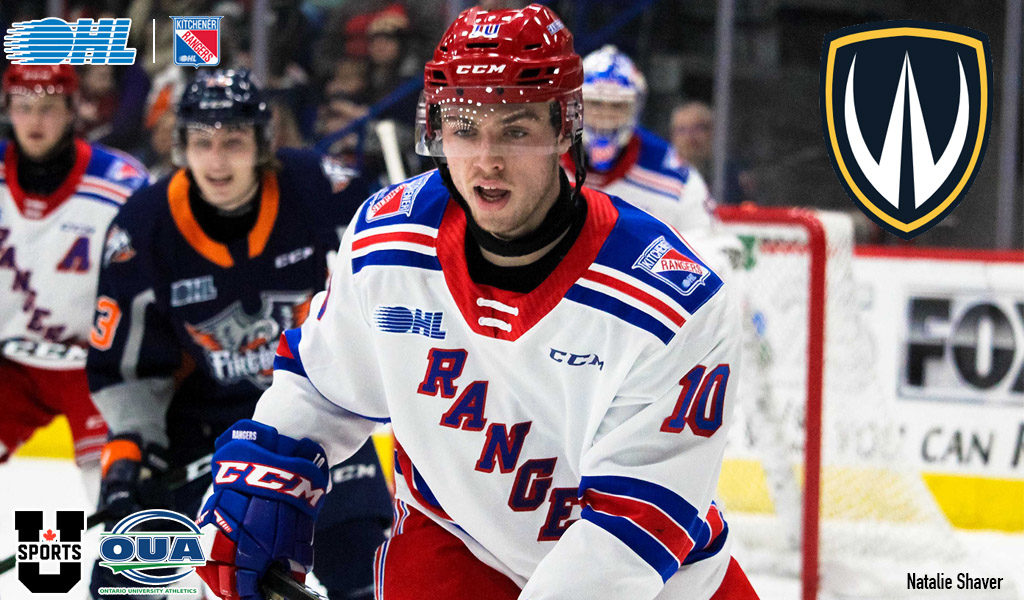 The Windsor Lancers men’s hockey program announced on Wednesday that Kitchener Rangers overage defender Holden Wale has made a commitment for the 2021-22 season.

A 6-foot defenceman, Wale comes to the Lancers after a four year stint spent between the Soo Greyhounds and Kitchener Rangers. In that time, he registered eight goals and 30 assists in 162 games played.

He made a trip to the OHL Championship Series with the Greyhounds in 2018, and had a career-best season in 2019-20 with 19 points.

“Holden is an experienced OHL defenceman who can play against the other team’s elite players. He has an excellent stick when defending and controls his gap as well as any prospect we’ve seen,” commented Lancers head coach Kevin Hamlin. “He is a defencemen that we will use in all game situations and is a great addition to a strong Lancer D core. In addition, Holden has extensive OHL playoff experience and will be a tremendous asset to our Lancer family.”

“To be able to continue my hockey career and earn an education at such a highly established university is an opportunity I am thoroughly excited for. The University of Windsor offers an endless amount of high end academic programs, as well as an elite level hockey program,” said Wale, who will study in Environmental Science. “Along with this, players and coaching staff have been very welcoming, allowing for me to have an easy start to my transition. I strongly believe that UWindsor is the best place for me to continue to work at, and help me achieve my goals in life.”