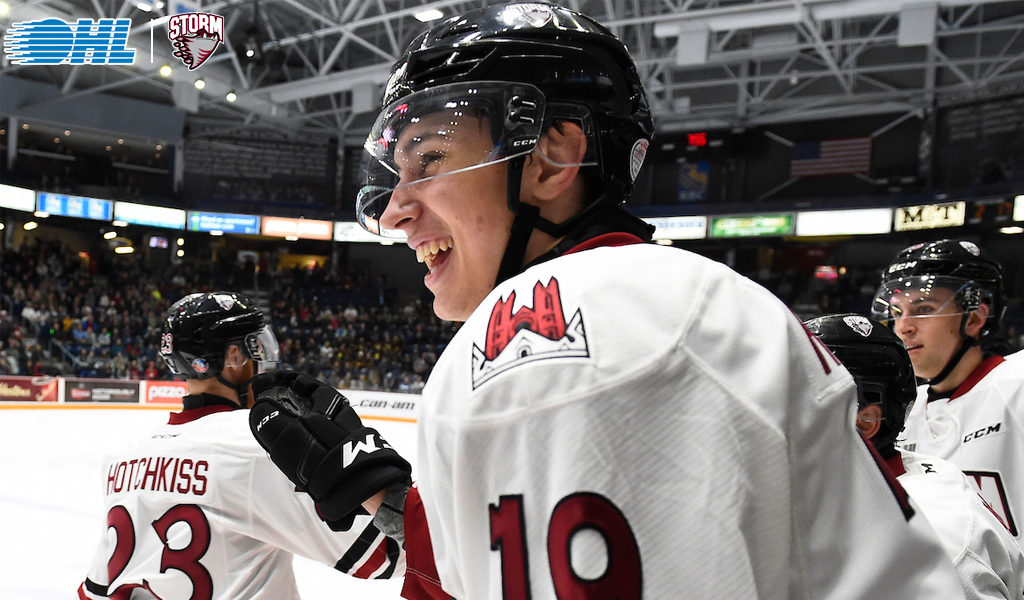 Guelph, ON – General Manager and Head Coach George Burnett has announced that Isaac Ratcliffe has been named team captain for the 2018-19 season, making him the 28th captain in franchise history.

“Isaac is a terrific ambassador for our team in the community, and is the ideal person to lead our team in 2018-19,” said Burnett.

“His work habits on the ice and in the gym set an excellent example for everyone in our organization.  Through his hard work and dedication, he has emerged as one of the elite players in the Ontario Hockey League.”

Ratcliffe is entering his fourth season with the Storm after being drafted by the club in the 1st round of the 2015 OHL Priority Selection.  In 180 games with the Storm, he has collected 135 points, highlighted by last season’s career-high 68 points in 67 games played.  His 41 goals in 2017-18 placed him amongst the league leaders in that category, and he received the Glad Mowat Award as the Storm’s Most Valuable Player.

“It is a huge honour to be named captain of the Storm,” Ratcliffe said. “Being able to watch Garrett lead the way both on and off the ice has had a huge impact on me.  He showed up ready to work each day, he made sure everyone felt welcome, and always put everyone else before himself. He showed me what it took to be a leader and a role model.”

The 19-year old London native was selected by the Philadelphia Flyers in the second round of the 2017 NHL Entry Draft and signed a three-year entry level contract with the Flyers on August 3, 2017.  Following the Storm’s 2017-18 season, he played two games for the Flyers’ AHL affiliate in Lehigh Valley, scoring his first professional goal on April 13, 2018 in a 5-2 victory over Bridgeport.

In addition to his on-ice achievements, Ratcliffe has been commended for his work in the classroom and in the community.  Last season, first-year student at University of Guelph won the team’s Fay Scott Memorial Award, for his dedication to education and community. He has played a huge role in the Storm’s community work the past two seasons, being an active participant in the team’s Read to Succeed and FunFit programs at schools throughout Guelph and Wellington County. He also took it upon himself to organize a night of dinner and billiards with some fellow teammates for a young Storm fan who is fighting cancer here in Guelph.

“This is a big year for us”, the Storm captain said.  “We made progress last year and with this group it’s time to take a big step forward. Every returning guy knows how important and how exciting it is to wear the Storm jersey and I am positive that the new faces will be excited to get their first crack at the lineup.”